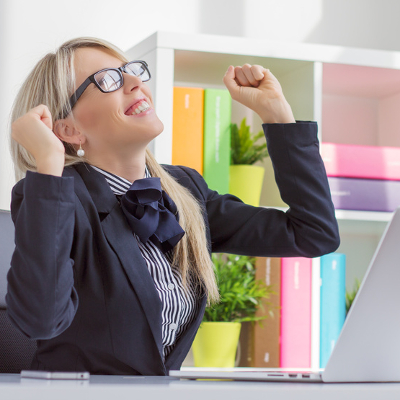 It’s the goal of every IT administrator for every part of their network to run smoothly. Achieving this level of IT perfection is a beautiful thing that makes the job of everyone in the company easier. Unfortunately, all it takes is one component to fail for this dream of IT utopia to come crashing down.

If you’re lucky, the problem is nothing more than an IT hiccup that’s caught and resolved before it can cause any downtime. In a worst-case scenario, your network is slammed with an unforeseen problem that takes everything offline. When it comes to running an IT network, the rule is to hope for the best (IT utopia), while being prepared for the worst (an all-out disaster). Quikteks can help your business with both of these IT goals.

Hope for IT Utopia

The way we see it, IT utopia isn’t beyond reach. With proper implementation and oversight, an IT network can perform perfectly. When it comes to IT equipment, everything works flawlessly when it’s new and installed correctly. However, given the imperfect nature of technology, it won’t be too long before the newness wears off and an unforeseen error ruins IT utopia for everyone.

In situations like this, there are two approaches that can keep your business in a state of IT utopia. The first approach is to wait for something to go wrong and then fix it. Once the problem is taken care of, your business is returned to IT paradise. This approach is typical for break-fix IT companies, and while this break-fix approach will get a business back to IT utopia, paradise will come at a great cost that’s billed by the hour.

Instead, we’ve discovered that the best way for businesses to enjoy IT utopia is to never let it slip away in the first place. Quikteks achieves this for you with our proactive approach to IT maintenance. Using our managed IT services, we can monitor your network in order to catch and fix issues before they become downtime-causing problems able to “expel you from IT paradise.”

Be Prepared for the Worst

Just because you’ve achieved IT utopia, it doesn’t mean that you’re immune to losing it. In a worst-case scenario, IT utopia comes crashing down due to a totally unforeseen disaster, like a fire, flood, earthquake, hacking attack, and whatever else in the apocalypse category that your imagination can conjure up. While it’s impossible to totally prevent utopia-destroying events such as these, you can return your company to IT paradise as quickly as possible if your network is backed up with Quikteks’s Backup and Disaster Recovery solution.

Our BDR solution is the ultimate guarantor of IT utopia, thanks to its ability to take snapshots of your data multiple times throughout the workday. This ensures that minimal work hours are lost when your files are recovered. Additionally, BDR has the ability to act as a virtualized server so that your business can keep working in a virtualized version of IT utopia while your downed server is being repaired.

When it comes to safeguarding your company’s state of IT utopia, there’s no greater way to go about it than being proactive with Quikteks’s managed IT services and BDR solution. What’s it take for your business to obtain IT utopia? Call us at (973) 882-4644 and find out.