Staying Ahead of Big Data

Staying Ahead of Big Data 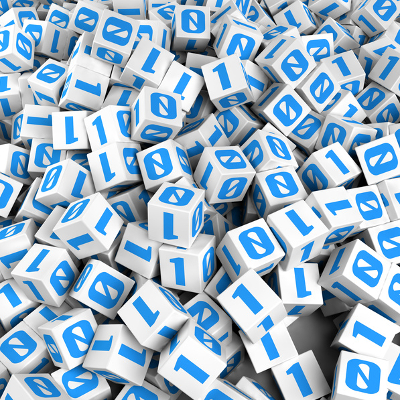 Human society has evolved from the Stone Age, through the Iron Age and Bronze Age. Where are we now? You could call it the Data Age. Data created in 2013 made up 90% of the total. As devices and new systems multiply an incredible quantity of data accumulates. These huge datasets are also incredibly valuable, because they can be analysed to yield all sorts of information on human behavior. But big data has another dimension for business owners, who have to deal with the demands of managing all that data to operate effectively and succeed.

Data Can Drag You Down

Quantities of data are increasing massively, and there are consequences if you aren’t on top of data management. Your business intranet can be slowed down by increased traffic. Externally, the growth of the internet has caused widespread lag and performance issues globally. It’s not just internal systems that suffer. For example, the expansion of the internet is too much for older internet routers.

According to a report from the North American Network Operators Group, sluggish internet performance can be blamed on old routers still being used by some internet service providers. Performance problems have been documented even by the large companies like Verizon, AT&T, Comcast and Sprint.

Older routers were designed to handle 512,000 routes but this capacity has been exceeded. ZDNet explained that “Routers share this map through what is referred to as Border Gateway Protocol routing tables, but when these routing tables grow too large for a router’s memory, that router can no longer properly handle Internet traffic”. This means that ISPs need to update routers and hardware and increase their capacity. But data grows exponentially. Moore’s Law states that the complexity of technology keeps on increasing over time. Twitter user EvgenyMorozov has suggested that, when applied to Big Data, “the amount of nonsense packed into the term ‘Big Data’ doubles approximately every two years”.

Everyone using technology is ultimately affected. Consider your company’s network. As you add devices, more information is shared, creating more pressure on your network capacity. As applications are moved to the cloud your old routers have to cope with moving ever larger quantities of data moving to and from it. Ineffective data management can cause downtime, which all businesses want to avoid. Dealing with old routers is a good place to start reconfiguring your systems to deal with increased data and data flow. Quikteks can supply you with solutions and tools to optimize your network.

Are You Suffering From Data Sprawl?

Many small and medium-sized businesses aren’t geared to dealing with expanding quantities of data. They’ve got to put it somewhere, so it goes everywhere it can – on the network, in the cloud and elsewhere. This is known as data sprawl. Even back in 2012 (according to WorkIntelligent.ly), businesses were storing nearly half of their data outside their own data center. They noted that staff using their own devices, and the growth in the use of mobile devices generally, were ‘a recipe for runaway data’. They estimated that cloud storage accounted for about a quarter of business information, while a further 14% of business information was stored on smartphones and tablets.

The more your data is spread around, the more time is spent on retrieving it. All businesses need a data management strategy to deal with the explosion of data and to use it efficiently. A data management strategy should anticipate the way technology is likely to change in the future and factor in the need to upgrade hardware. To prevent data sprawl, a single data backup solution is recommended. Not only is it a more streamlined solution but if disaster strikes then it’s easier to restore it when it’s all stored in the same place.