Remote Work Is More Normal Now that It Has Ever Been

Remote Work Is More Normal Now that It Has Ever Been 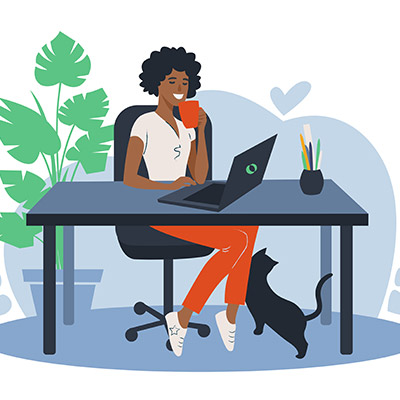 Remote work has become a feature of the work landscape for millions of people. For some employees and employees, this new way of working has huge benefits, but this shift has had diverse consequences. Let’s take a look at what the impact of remote work has been.

People flock to big cities because there are more employment opportunities. The downside is that housing costs in cities are usually substantially higher. There may be shortages in housing in the cities, which drives up property costs. In early 2021 it was estimated that the US needed almost four million more homes, mainly in areas where there are more and better jobs available.

With remote work (as long as it’s full-time), staff no longer need to live near enough to undertake the daily commute. People can take advantage of the jobs available in distant locations without having to relocate to areas where rentals and house prices are a lot higher. According to some analysts, this could bring down the cost of housing in metropolitan areas, although it might also cause prices to rise in suburban or outlying areas.

The effects seem to be mainly positive, but the decreased cost of city living and the elevated cost of more affordable accommodation are still out of balance. The Tulsa Remote program illustrates the issues. Residents of Tulsa, Oklahoma, are eligible for various perks, such as a $10,000 grant, if they move to the city for a year, minimum. In this way, Tulsa has attracted new residents who are high earners, so every dollar they invest in encouraging remote workers to move to the city brings a $13.77 return on their investment.

Benefits for the Climate

What do changes in patterns of commuting mean, as more people work from home? It could be that fewer people living in urban environments would mean more vehicles on the road, as public transport access is rolled back and people make more use of amenities that aren’t within walking distance. But it could be the opposite. Perhaps it would lead to changes in less urban areas, with more incentive to create facilities and amenities that can reached on foot, and better public transport, as demand for it increases.

This latter scenario could be a bonus in the fight to slow climate change. The increase in remote working has meant that millions of people aren’t commuting as they once were, and video-conferencing and online meetings have taken the place of in-person conferences and air travel across the country. Logically, the environment will benefit from the associated decrease in damaging emissions.

Ubiquitous Remote Work – Not for Everyone

There are clear obstacles to the growth of remote working, such as property prices and zoning regulations, and it doesn’t stop there. Not all places are suitable for people wishing to work from home. Bear in mind that much of the country still doesn’t have good access to high-speed broadband. Also, there’ll always be some jobs that just can’t be done from home.
Though obstacles to remote working remain, it’s still a fascinating development, which could be beneficial to many businesses and their staff. For some workers, the option to work from home has improved their work-life balance.

The IT professionals at Quikteks can assist you if your organization wants to take advantage of the growth in remote work. For more information, reach out to us at (973) 882-4644.