Microsoft and Apple Still Doing Battle in the Mobile Frontier

Microsoft and Apple Still Doing Battle in the Mobile Frontier 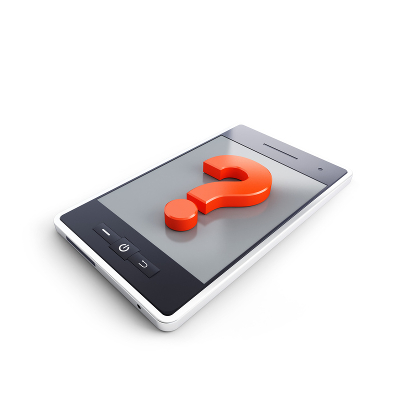 Microsoft and Apple have been competitors and the leaders of personal computing since the 1970s. The competition has at times created uneasy alliances and outright hostility between the two companies. The results of this have been the creation of hardware and software that has changed the world. Although the two companies will be forever linked, they both are betting on mobile, and for good reason.

The first thing you have to understand is when we talk about market share, we are speaking about operating systems. Apple is an interesting company because they manufacture devices with their own operating system, iOS. As a cellphone and tablet manufacturer, Apple has no real competitor; they are routinely listed as one of the most profitable companies in the world.

Boom of Mobile Computing
When industry professionals speak about mobile computing, they are talking about smartphones and tablets. Business professionals, students, and anyone else who wants to work or play on the go have been able to because of the proliferation of laptop computing. Mobile devices use integrated technologies to simplify and streamline the products enhancing the user experience. They do this by utilizing touch screen technology.

The shift toward mobile devices started over a decade ago, but it wasn’t until 2007 that a manufacturer was able to create a device that captured the imagination of consumers. Apple’s iPhone ushered in a mobile computing revolution the magnitude of which hasn’t been seen since the advent of the personal computer.

Times are tough for the two computing giants in the mobile communications realm…Well, not really. Both Apple and Microsoft are selling more smartphones now than ever, even as their market share is shrinking. This shows how much the mobile computing trend has taken off.

Smartphones
Looking at recent developments in the smartphone market leads you to one conclusion: Smartphones have become the most important devices from an end-user standpoint. The combination of superior mobility and efficient computing interfaces provided by these new devices have changed the way people communicate.

Apple has been at the forefront of mobile technology since they launched the iPhone in 2007. With its overwhelming success, it seemed as if Apple was destined to be a top mobile hardware manufacturer. Their OS, iOS, has powered every Apple mobile device including all versions of the wildly-popular iPhone.

Microsoft entered the mobile phone market long before Apple did, which is surprising. Some of the first smartphones, like the Palm Treo 700w, ran a version of Microsoft Windows, that they thoughtfully named, “Windows Mobile”. Essentially Windows Mobile was a scaled down and separately-developed version of Windows CE. For a short time Windows Mobile was the most popular OS on smartphones in the United States, before the Blackberry took off at the start of that last decade. Microsoft’s current OS is Windows Phone 8 (or 8.1 on some new devices). To compete with Apple’s in-house manufacturing and distributing processes, Microsoft struck a deal with Finnish electronics manufacturer Nokia. The deal, worth over $7 billion, will make Nokia’s cellular phone division a part of Microsoft Mobile.

Nowadays, phones are being built to accommodate all types of third-party software applications. These apps are specifically designed to assist the user by improving their knowledge base in real time. Apple’s iPhone and Nokia’s Lumia line combined for under 18% of the 287 million smartphones shipped in the first fiscal quarter of 2014. Apple is still the leader in smartphone sales among non-Android OS manufacturers (by a large margin), but you can see that more powerful devices with more impressive displays are routinely cutting into the iPhone market share. Android-run devices account for over 80 percent of the smartphone market, relegating to the computing pioneers to a miniscule share of the market.

Tablets
According to Gartner, tablets are expected to outsell PCs by 2015. This major shift presents an opportunity for tablet manufacturers. Today, Apple is neck-at-neck with Android in market share. In fact, up until the fourth quarter of 2013, Apple iOS had been the top operating system shipped on tablets since the first generation iPad was released in 2010. Unfortunately, like the Smartphone market before it, Apple’s stranglehold on the tablet market is over. This is due to the number of manufacturers creating affordable and powerful devices with a version of the open-sourced Android OS.

As this trend continues, you’ll see the commitment manufacturers have shown for the Android OS mirror the trend that has already taken place in the Smartphone market. As more manufacturers make affordable Android-based tablet computers, the smaller Apple’s market share will get. Microsoft’s market share rose over 100% in 2013, but the world’s largest software company is still a distant third, selling only four million tablets in 2013 as compared to the 121 million Android-based tablets sold and the 70 million iPads sold.

Many people believe there is a change on the horizon. One of them is Mark Fidelman, who is CEO of Raynforest and a contributing writer to Forbes. Mr. Fidelman recently wrote, “As Microsoft rolls out its integration capabilities to business people across the enterprise through Office 365 and Windows 8.1, and to customers on the Xbox, Microsoft will pick up a lot of new users that are looking for seamless app integration across their business and home lives. Most people will not want their information stuck in separate operating systems for much longer.”

Whether Microsoft is able to catch up and eventually pass Apple or not, the biggest threat to computing dominance in mobile will always be the Android OS. At Quikteks, we have had to change the way we view computing as a result of the proliferation and constant use of these mobile devices. We offer software solutions that can help your organization take full advantage of this growing trend in mobility.

What OS do you prefer? What do you think the future holds for Microsoft and Apple? Will there be other technologies that come along and make mobile device’s irrelevant? Sound off in the comments.