How Do You Feel About ISPs Selling Your Internet Browsing History?

How Do You Feel About ISPs Selling Your Internet Browsing History? 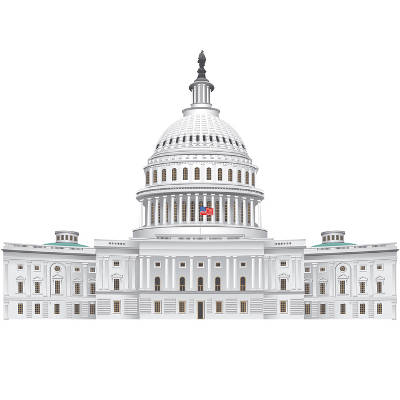 In October of 2016, the Federal Communications Commission designed a set of rules known as the Broadband Consumer Privacy Proposal. These rules had intended to flip the status quo and require Internet service providers (ISPs) to gain their customers’ permission before they harvested their browsing histories to sell to advertisers. This proposal is now moot with the establishment of a new law that passed through Congress and was signed by President Trump in April 2017.

The huge levels of dissent surrounding this issue boil down to concerns over privacy. While the proposed rules didn’t necessarily prevent ISPs from selling your data for monetary gain, they would have required the ISP to secure permissions from you before they did so. The relationship between ISPs, the Federal Communications Commission (the FCC), and the Federal Trade Commission (the FTC) also played a major role. Many politicians who were opposed to these new rules felt that the FCC had no business determining rules for ISPs, as they felt that responsibility for that was better managed by the FTC.

This opinion was shared by the current chairman of the FCC, Ajit Pai. However, while the FCC no longer has the authority to forbid ISPs from selling their user’s browsing data to advertisers, no power has been given to the FTC to forbid such activity, either.

The government’s actions have provided ISPs with the same abilities as search engines and social media sites, with a few changes. First of all, search engines and social media do not require any sort of purchase, which leads to an implied agreement that in exchange for their free services, they may use your browsing data to personalize the results they show you (although this personalization does allow marketers to target specific demographics of users, which is a very powerful tool for businesses that many users feel is invasive). ISPs, on the other hand, do charge for their services, meaning that this ruling effectively allows ISPs from making twice the profit from you. Furthermore, instead of just tracking your history on select sites and services, an ISP has access to analyze your entire surfing history and profit off of it.

So what does this all mean to you?
Well, that depends. It is possible that ISPs will target online advertisements based on your individual browsing history, emphasizing products and services that you have shown some interest in before. This isn’t new. Amazon, for example, has mastered this through the use of remarketing. While this could presumably lead to an improved browsing experience for many, there is considerable pushback coming from many advocates for privacy.

This is largely due to the fact that your ISP could harvest this data from almost anywhere, including your personal email accounts and any other online activity, in order to sell it, or at least allow marketers to capitalize on it. Depending on the data collected, this could potentially include personally identifiable information or sensitive account credentials–which could then be up for sale to whomever wanted to buy them from the ISP. Even if we weren’t worried about ISPs selling this type of sensitive data, it opens up another potential way for hackers to gather that data, if the ISP is lax on security.

This isn’t the only advantage the ISP gains, either. Under the rules that were scrapped, an ISP would have been required to alert their customers of a data breach. Arguing that this would only lead to ‘notification fatigue,’ the ISPs were also able to remove these rules, meaning that they are no longer obligated to inform you should your data be at risk.

So, how can you prevent your sensitive information from being collected?
Unfortunately, that may be easier said than done. While ISPs still have free reign to collect your browsing data as they please, they are not able to do so if you opt out. This is not to say that all ISPs have made opting out easy, so you may have to make a phone call, and you have to take them at their word that they are no longer tracking you.

There are also some ISPs who are opposed to the privacy repeal, but around 80 percent of Americans have only one or two options for broadband in their area.

Utilizing a virtual private network is another option available to you, but this approach isn’t without its drawbacks, either. Just as an ISP can, a third-party VPN can access and sell your browsing data, if they so choose. For a personal user, a VPN can be costly and cumbersome, however businesses do benefit from them every day. Tor browsing is another option, although it is more complicated, slower, and can potentially be unsecure.

In short, there really isn’t an easy, guaranteed way to secure your browsing history against the peeping eyes of your ISP. All you can do is implement some of these methods to defend yourself to the best of your ability.