7 Common Communication Blunders and How to Avoid Them

7 Common Communication Blunders and How to Avoid Them 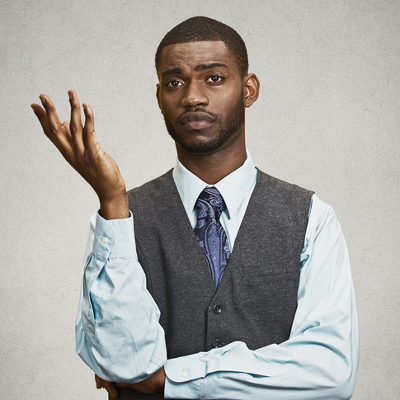 As you gain more experience the technical part of running your business becomes a matter of simple routine, however, you might still be having issues dealing with your Personnel. These issues might stem from the way you communicate with your staff. Some simple changes in the way you speak to your employees could drastically improve your reputation in the eyes of coworkers, and increase employee morale.

Sometimes the way you speak and what you say can be misinterpreted resulting in the opposite outcome that you intended. Without exercising proper caution, your words can do more harm than good to your businesses greatest asset, your employees. According to Inc, there are seven things business owners should avoid doing when speaking directly with their staff:

Complaining and Negativity
There is nothing wrong with the occasional complaint. Nobody’s perfect and there’s bound to be something you’re not satisfied with. But, be careful how much you complain. Too much and others around you might get the wrong idea, and eventually they might see you as unpleasable. This is could have negative effects on your organization’s productivity.

Too much negativity can have a detrimental effect on the workplace. It can turn the best workers into fed up employees looking for an exit strategy. The office isn’t the place for negative thoughts. Everyone can be more productive if you leave the negativity at the front door.

Avoid Judgemental Thoughts.
There is a very fine line between knowing you’re right about someone and being judgemental. Even if you’re in the right, it doesn’t mean that the person you’re arguing with feels they’re wrong. In this instance, it’s better to explain how to improve the situation, rather than what dwell on what went wrong. In a positive manner show where the expectations were not met and how they can be in the future. It’s always better to take a constructive approach to any criticism than to provoke conflict.

Similarly, just because you think you’re right, doesn’t mean that you actually are. If you’re consistently suggesting ideas or concepts that don’t make sense, and can’t back them up with solid facts people may stop taking you seriously. This is something that can be detrimental to morale and undermine the professionalism of your office.

Don’t Make Excuses.
This applies to every employee at any institution. One of the most important parts of being a business leader is to know when you’ve made a mistake and admit it. Avoiding excuses is important in all walks of life. Instead of passing the blame to someone else, you should use your authority to explain what went wrong and why, then take steps to correct the issue and learn from it in the future.

Minimize Office Gossip
Office gossip can make or break a reputation. Unfortunately gossip is always at someone else’s expense. Small talk is fine, but when unsubstantiated rumors start to spread, you know it’s gone too far. It’s important to know when to draw the line between “sociable boss” and “friend.” If you are in a position of authority, avoid gossip, and emphasize to your team that you want it to stay out of the office.

Avoid Hyperbole and Over Exaggeration.
Lastly, you need to avoid unnecessary hyperbole. This is when you make a statement that is grossly exaggerated to the point where it’s not applicable. Stating that something is an emergency and must be handled immediately, when in truth it doesn’t need to be done for another week, would be considered hyperbole. Some business owners do this to emphasize that something must be done, or even as a motivational tool, but ultimately it undermines their credibility and the employees become desensitized and cannot recognize a real emergency when it occurs. Do not be known as the boss who cried wolf.

Ultimately, it comes down to trusting your team to get things done. If they say a project will be finished on time, hold them to it, and make them realize that they will be held accountable if it is not. We all know that the quality of a project usually decreases if it’s rushed to completion, and the quality of work should always be top priority. By setting clear and reasonable deadlines you and your staff should always be in sync and complete all tasks on time.

By avoiding these common workplace communication issues, you’ll be able to maximize productivity and improve worker relations. Do you have any communication tips we didn’t mention here? Let us know in the comments.