IT Monitoring – Prevent Issues Before they get Expensive

IT Monitoring – Prevent Issues Before they get Expensive 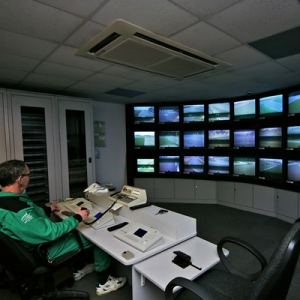 Monitoring an entire network for problems can be complicated. The advantage of managed IT services is that technicians have all the right tools to carry out comprehensive checks. At Quikteks we are able to detect, identify and fix computer issues before they start to cause serious problems.

Sometimes computer and network problems creep up slowly, instead of striking suddenly. There are often early warning signs that something’s not quite right, and the issue remains dormant for a little while before users even realise there’s a concern. Generally speaking, it’s a whole lot easier to resolve computer problems if they’re caught early, before the damage has really kicked in.

Most hard drives actually incorporate a monitoring system that aims to identify computer problems before they turn really bad. This doesn’t eliminate sudden failures, since not all problems are predictable, but with some advance warning you can be prepared. All kinds of computer issues can provide clues to hidden computer problems. They include: network stability or connectivity issues; problems updating Windows; CPU and memory glitches; and snags with antivirus updates and statuses.

With managed IT services and proactive monitoring you won’t have the shock of an unexpected crash, data loss and downtime while the damage is sorted out. You’ll find that your operations run more smoothly, productivity isn’t impaired and you’ll be spending less time calling technical support.

Computers that malfunction waste your time, cost you money and can stress you out. Do you want to reduce the number of computer issues that your business has to deal with? Let us advise you on managed IT services as a cost-effective solutions for your entire IT infrastructure. Call Quikteks at (973) 882-4644.