Your Computer Hardware is Built to Last

Your Computer Hardware is Built to Last 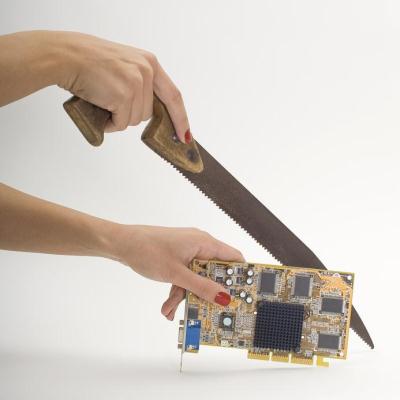 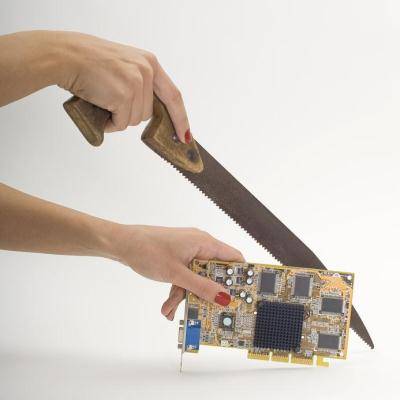 We understand your desire to upgrade to a new computer, using the latest technology has its advantages. Although, upgrading because your old PC has “worn out” may be an inaccurate assessment. There are many reasons why a computer’s performance slows down, but it is doubtful that hardware deterioration is a cause. This is because PC hardware is built to last.

It is easy to see where the idea that PC components will wear out over time comes from. Computers are machines, another machine that we use all the time is our vehicles, and almost every part in our cars is destined to wear out after enough use, but computers are different. Whereas most machines like cars are made up of several moving parts that will literally wear down due to friction, computer hardware includes few moving parts. Most components are used to relay electrical signals, this is why electronics can last a long time and why you see more old microwaves in use than you do old cars.

Computer hardware components that relay electrical signals do not wear out with use. This is like saying an old extension cord has worn out because it has been overused. You may even have electrical wiring in your house that is older than you are, but it is still functioning; and, if one day you noticed a decrease in power, you would replace the outdated fuse box before tearing into your walls and stripping out the old wiring. The main reason that computers gradually lose performance is not due to old hardware; instead, slower PC performance stems from software updates and adding large applications that drains more of your computer’s power.

NASA’s two Voyager probes can provide us with a great example of the lasting power of computer hardware. These exploratory probes were launched in 1977 to study the planetary systems of Jupiter and Saturn. Upon successfully completing the mission to study the planets and moons in our solar system, NASA was then able to guide the Voyager probes beyond our system with several of the scientific instruments still intact. In 2013, with instruments still beaming back data to Earth, Voyager 1 is pushing ever closer to leaving the solar system and giving mankind our first glimpse of interstellar space. It is estimated that the Voyager probes will be able to operate until 2025. The probes demise will not be because the hardware will wear out, but it will be due to the probes finally running out of power.

It is important to point out that the Voyager probes do not upgrade to a newer and bigger operating system every three years. Your cellphones (which have more computing power than the Voyager probes) are usually upgraded to allow us to use bigger applications. The need to upgrade because of software sometimes means that we will toss out perfectly good electronics. In fact, every time you throw away a device that works, the lonely Voyager probe cries one space tear.

In theory, on day one of powering on your PC, if you were to do a clean install and never update any of your software, then you would not see a performance issue with decades of use. Now granted, the hardware will one day die. Hardware is built to last, but it is not immortal. When computer hardware dies, it dies suddenly in what’s commonly referred to as a crash. The day that the blue-screened reaper touches your hardware will be a day that you will not see coming because your PC should be performing fine up to that point. Of course, proper PC maintenance will also play a role to get this kind of steady performance out of your computer. For best PC performance results, Quikteks can remotely oversee the required PC maintenances so that your computer will last as long as possible.

When computer hardware crashes, it can be a devastating event that will take your data with it down to its silicone grave. As long lasting as your PC hardware is designed to be, the weakest hardware component to your computer is also the most important, the hard drive. This is because, unlike other hardware components, hard drives have moving parts that will eventually wear down. Upgrading to a solid state drive will remedy this problem because it does not have any moving parts, but an SSD a new technology and still expensive. Even with an SSD, you will still want a data backup solution to recover your data in the event of a sudden crash.

Call Quikteks at PHONENUMBER to ask us about our backup tool. Our BDR is the ultimate backup solution available on the market and will stand up to any computer crash. We also have service packages for your entire network that includes both the BDR solution and our remote monitoring and maintenance service. Call us at PHONENUMBER and let us find a solutions package that will fit your company’s needs and budget.