Will We See 5G Soon? Probably Not, But Let’s Talk About It Anyway

Will We See 5G Soon? Probably Not, But Let’s Talk About It Anyway 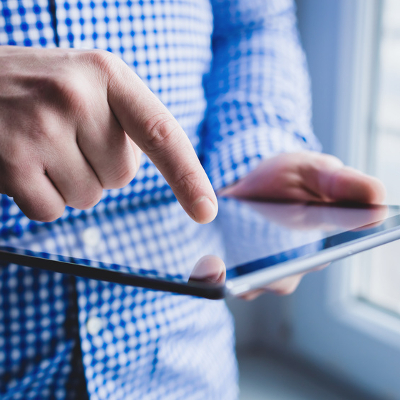 It seems like just yesterday that the world adopted 4G as the accepted model of wireless technology communication, but it’s still important to look toward the future and push for greater heights. Wireless technology has permeated society to the point where it’s steeped with smartphones and other mobile devices. So, what’s next in the wireless game?

You’ll be happy to hear that 5G will probably be the next step in enhancing wireless communications. However, it’s not necessarily “here” yet; in fact, it’s likely 5G won’t arrive for at least five years from now. The reasoning is that it’s not entirely clear at the moment how this type of wireless technology can be effectively delivered to the mobile device users of the world. Processor magazine says that researchers are looking into “what technical advances can achieve goals like minimum 100Mbps data rates, 45 b/s/Hz [bits per second per Hertz] spectral efficiency, 100Tbps per square kilometer density.”

In other words, when we do actually get 5G, we can expect it to be pretty fast.

The Next Generation of WiFi
With so many new devices connecting to the Internet, it’s natural that networks grow more powerful to accommodate the increase in traffic. One standard that will see some improvement is the Wave 2 802.11ac, which is designed to handle multiple devices at the same time. It’s thought that this will become the most accessible type of connection available in the near future.

In the next two years or so, we should expect to see improvements in the way wireless networks deliver quality service to users. As reported by Processor:

Peter Crocker, founder and principal analyst at Smith’s Point Analytics, says “the reality is that Wi-Fi will be part of 5G, and it’s going to bring together a bunch of different transport technologies from Bluetooth to Wi-Fi to LTE and 3G, making all these things work together.”

Regardless of how and why wireless technology is created, there’s no doubt that it’s shaping the way that the modern business functions. If you’re ready to take advantage of the numerous benefits that mobile technology can provide for your business, contact COMPANYNAME. We’ll assess your current wireless networks and identify points where you can improve its functionality. Give us a call at PHONENUMBER to learn more.