The Break/Fix IT Approach Is Long Gone

The Break/Fix IT Approach Is Long Gone 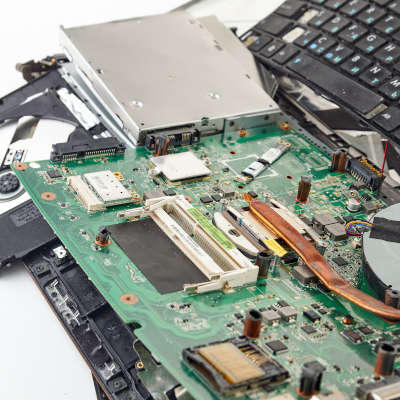 What does the term “tech support” mean to you? For many people, it means the break/fix method. You wait until something breaks down and then tech support come in to fix it. Today, this is seen as an antiquated approach to technology services, and many businesses have turned to managed IT, which is a vastly superior option.

Break/fix IT support made sense back in the day when computers started to take off. In the ’70s businesses were using either standalone computers or mid-range server systems that worked via remote terminals. In the ’80s personal computers came along and combined the benefits of both of these. The advantages of computers for businesses were becoming clear, and when Windows 3.1 became available for business users in the ’90s, computers became vital business tools.

Of course, even when computers and systems were simpler, problems would arise, but people would muddle along, and if a computer completely failed, IT professionals would be called in.

Was Break/Fix Services Ever Good?

The answer is: yes and no. Yes, it usually got the computer fixed and the IT up and running. But IT costs could mount up fast, because:

The bottom line is that break/fix services could be unpredictably expensive and, without building in future planning, problems were likely to recur. But that was how it was, and there weren’t any other alternatives available.

It all changed about twenty-five years ago. The average office now had fax machines, printers and other hardware, as well as computers. Computers became harder to repair and the Internet popularity explosion made things even more complicated.

Managed IT: the New Paradigm

Break/fix services soon became less fit for purpose, as computers moved from being a convenience to becoming an office essential. And, as computers became central to business operations, so technology problems became more of a threat, to the extent that downtime could stop a business from functioning, at the same time as IT maintenance and repair budgets became more vital but often more vital.

In the new millennium the managed service model came into being, thanks to IT developments that included improved internet, automation and cloud computing. Some IT providers realized that these new tools could change their service delivery, to the benefit of both providers and clients. The great thing about managed IT services is this: the days of waiting for operations to be in trouble before being able doing something about it were over.

Managed IT means proactive monitoring of systems for potential problems. Managed service providers can remotely access a network, and monitor and mitigate effectively 24/7 – often before a problem has really become apparent to the client. However, perhaps the most significant change was that it changed the managed service providers’ charging model. Tech support used to be billed hourly. Managed IT services are provided at an inclusive monthly rate. A set-rate service makes budgeting easier for clients. There’s no incentive to create return business, and the service provided includes proactive maintenance to stop problems before they impact an organization’s operational continuity. It’s a better service all round.

What Service Options are Available Now?

Break/fix still exists and sometimes has its place but, after two decades of innovation in managed IT services, the benefits of this model for businesses are clear to see. The services provided become ever more sophisticated, with innovations enabling businesses to keep improving their processes and efficiency. That’s why many successful businesses have moved away from break/fix services and switched to managed IT. It takes away the worries about tech problems or even failures, and companies can be confident that someone is there taking care of it all.

Now and then there are real paradigm shifts in the world of computing and IT. Managed IT services represent such a shift. To all intents and purposes, break/fix services for business IT will in all probability eventually disappear.

Do you want to keep up with the innovations that can improve your business efficiency? For help and information on managed IT services, call the professionals at Quikteks at (973) 882-4644.