How To Disable World’s Technology Infrastructure

How To Disable World’s Technology Infrastructure 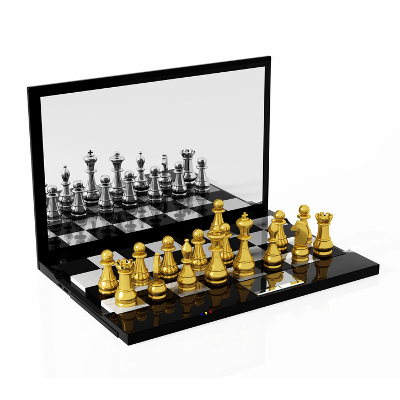 For argument’s sake, do you think society today relies too much on technology? In the Information Age, both businesses and governments have to be more careful than ever about how they approach cybersecurity. However, what would happen if a massive cyber war were to render any and all computing systems in the United States inert? Granted, such a powerful, in-depth attack is unlikely, but it’s sometimes fun (and frightening) to examine the worst-case scenario.

David Gewirtz of ZDNet performed what he calls a “thought experiment” to determine what would happen if a cyber war were to knock the United States back to the proverbial “Stone Age,” a term he uses to describe the era of computing that directly precedes the Information Age: when computing wasn’t commonplace or central to our everyday lives.

One scenario Gewirtz explores is the possibility of the Stuxnet virus (an extremely complex virus that targets nuclear reactors) being exploited against the United States, alongside several other digital attacks that are designed to weaken the infrastructure. Since some systems rely on older technology, flaws in security can be found and exploited relatively easy if they’re being looked for. Furthermore, the United States’ reliance on electronic payments means that an attack on financial systems could potentially leave it in disarray. However, most scenarios that were considered came to the conclusion that within a few days, normal life would once again commence; primarily because of the assumption that society would “regroup, rebuild, and recover.”

Then, Gewirtz takes a darker approach by assuming that the prior statement simply doesn’t happen. These scenarios rely on the assumption that the government’s carefully laid out plans also fall through, and are compromised by hackers. While these might be some dramatic events, Gewirtz urges the reader to “remember that this is a thought experiment, and that clever enemies are capable of playing a long game.” For instance, what would happen if hackers used the files stolen from the U.S. Office of Personnel Management, which was breached recently, to infiltrate the government, implant threat actors, and fake information within the system to suit their needs? With personal information, including fingerprint records, at their disposal, hackers would have everything they need to take down systems that everyday society requires to function; all from the inside.

With so many vital points hit at once, it’s safe to say that the financial systems and communications infrastructure would be among the first to go down. Without electronic transactions, businesses wouldn’t be able to run. This would be exacerbated by a lack of communications. Since most people don’t use landlines, and instead are opting for mobile phones or simple Internet communications, it’d be difficult for anyone to contact one another without waiting several days for messages.

Without financial support and communications, our supply chains would be toast. Goods and services would no longer move across the country. There would be mobs storming supermarkets, hardware stores, and gun shops. Gasoline for vehicles would run out in a matter of days. National government would cease to function. Instead, the primary governance touch points would be some responsible local law enforcement officers. More likely, we would see feudal governance take hold, where those with the most firepower, survival resources, and physical strength would take power.

The end result would probably be what would be akin to a technology age of around World War II, though for several reasons, Gewirtz states that society would regress further than that. His reasoning is that society is more structured around technology than it was in the past. Even amidst war, nations were able to communicate with each other because of this sound structure. Would today’s society be able to hold up to these standards? Probably not, simply because the entire way we communicate is so heavily reliant on digital technology. According to Gewirtz, it’s likely society would regress a few centuries to around the 18th century, before the telegraph.

At this point, Gewirtz asks whether or not this situation is likely to happen. Since the entire world relies on the United States’ economy functioning properly, who would want to cause such a catastrophic cyber attack? Just about nobody would want to, not even the countries that are most likely to do so. In fact, so long as other countries aren’t affected by this apocalyptic hack, they would probably aid the United States since they’re somewhat reliant on their success. In other words, crazed activists are really the only ones who would bother with this type of threat, and that’s entirely dependent on their available resources.

In the end, it’s extremely unlikely, if not completely impossible, that an attack of this magnitude would ever occur. It simply wouldn’t be worth the tremendous amount of effort, and the entire world would be affected negatively.

So, we’ll ask you again. Do you think today’s society relies too much on technology?