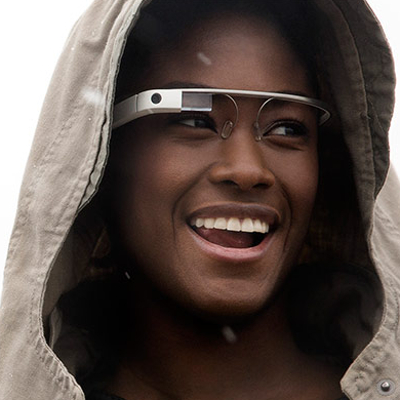 Every once in a while, a radical piece of technology is introduced that has the potential to change the world. Over the last 50 years alone, digital music, cell phones, GPS technology, PCs, increased broadband, and much more hit the market and changed the way technology is incorporated into our daily. Is Google Glass the next revolutionary gadget?

What is Google Glass?
Put simply, Google Glass is an interactive computer that is mounted to a titanium frame designed to fit a user’s face just like a pair of glasses. The device projects a constant stream of data to an opaque piece of glass that sits in the peripheral view of the user, and is capable of many basic computing functions. Imagine being able to mount your smartphone on your face, and have it verbally respond to your every command.

Why is it so Great?
Google Glass is capable of performing lots functions. The device comes with voice recognition capabilities, allowing a user to simply talk to the device and they will get what they need. The device displays a constant stream of time, date, and other typical information until you speak the phrase “ok glass” which alerts the device to coming commands, including:

$1·     Google Maps integration, to give you live directions as you move

All of this can be voice activated, but Google Glass is also equipped with a couple physical buttons, including a power button, and a touch sensor that allows you to swipe through search results and more.

Some People Hate It?
Why do some people Hate Google Glass.

$1·     The design looks primitive and unnatural.   When you are wearing Google Glass people will know it, its tough to blend in.

$1·     There are some privacy concerns. A person in conversation, or simply in view of a Google Glass user would have no idea that they were being photographed or recorded due to a lack of indicator light.

$1·     The device requires Bluetooth connection with your smartphone when not in Wi-Fi range. This means lots of data use and potentially huge cell phone bills

$1·     The battery life is short, a full charge only holds only enough charge for 2-5 hours of operation.

$1·     The voice activation is not exclusive to programmed voices. This means that anyone around you can activate your device

Can I get One?
The first generation of Google Glass was released in very limited quantities for a  week in February 2013. In order to get one, the owners had to apply to Google via Google+ or Twitter. If approved approved, the owners had to attend a release event in New York City, San Francisco, or Los Angeles to purchase the device for the low low price of $1,500!

Google plans on releasing more devices to the public in 2014, but it looks like you will have to enter another contest to get one. You can sign up to be notified about it here. Google will be working to improve the device from the setbacks described above, based on the feedback given from the first group of test owners. All in all, 2014 could be an exciting year for wearable technology.

Google Glass carries the potential to be a revolutionary piece of technology that could change the world, especially for business owners. Time lost fumbling with handheld devices could all together vanish, allowing for an increase in productivity in your work day. Be sure to keep an eye out for future developments and availability of Google Glass.