What Is An Encryption Key And What Do I Care

What Is An Encryption Key And What Do I Care 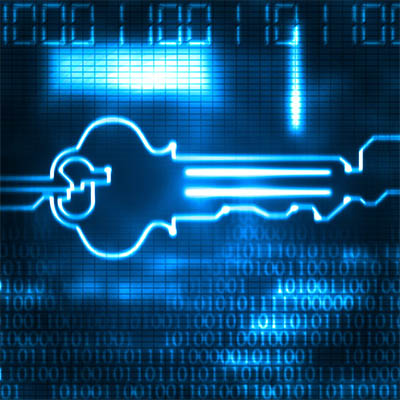 The importance of computer security is well-known today. In particular, it has become clear that data is a valuable asset and needs to kept safe. Using encryption keys is one way to this. So what is an encryption key and how can it help protect your data?

What is Encryption, and Why Does it Need a Key?

Encryption is when data is scrambled up so that anyone without the means to unscramble it can’t read it. You have to have a key. The algorithms used ensure that each key is unique. One or two keys may be involved, depending on the type of encryption being used.

Symmetric Algorithm Encryption– This kind of encryption is also known as secret key encryption. It uses just one key to both encrypt data and decrypt it. It’s an efficient method that is often used when large volumes of data need to be encrypted. Because there’s only one key involved it’s vital that only you have access to it.

Asymmetric Algorithm Encryption– Two keys are involved in asymmetric encryption, or public/private encryption, as it is also known. One encrypts the data, the other decrypts it, and the decryption key is kept private. This is generally seen as a more secure method to ensure computer security.

What Encryption Keys Can Be Used For

Encryption keys have various applications. The strength of the security required will vary according to the data in question. That strength is influenced by several factors, including the algorithm used to create it and the length of the key (longer keys are more secure). Keys typically have a limited time period in which they can legitimately be used, known as the cryptoperiod. Asymmetric keys usually have a longer life.

Data encryption keys – Most people will have heard of data encryption, which simply enhances data security by preventing it from being read by anyone except authorized users with access to the key. Often these keys are used beyond the cryptoperiod, and often for an unlimited time thereafter.

Authentication keys – This kind of key is another data security measure, used to confirm that the data hasn’t been altered and its integrity is intact. It can be useful if data is sent from A to B.

Digital signature keys – A digital signature key is much the same as an authentication key, but is signed by a specific person. The recipient of a digitally signed document knows that the document is authentic, comes from whoever has signed it and has not been altered since.

Root keys – A root key is like a master key, and the most important key in an encryption system. They are typically used long-term and sometimes have additional protection, using an HSM.

Master keys – These are used to encrypt other keys, and require extra protection, usually by means of a hardware security module, or HSM.

Key encryption keys – Sometimes secret encryption keys need to be transported. These keys make sure that those keys are safely transferred and are not altered along the way.

Want to learn more about how encryption can help your company? Reach out to the professionals at Quikteks by calling (973) 882-4644.