What is A Hacker And Why Should I Care?

What is A Hacker And Why Should I Care? 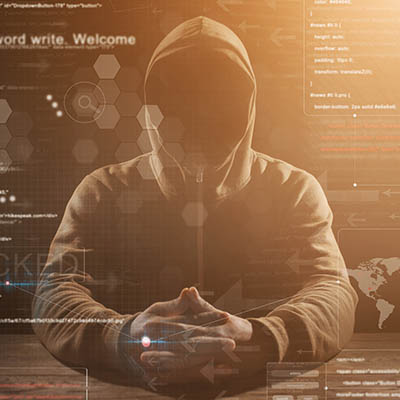 You know what a hacker is, right? It’s a common tech term, and hackers have been given center-stage in movies like ‘The Girl with the Dragon Tattoo’ and the ‘Die Hard’ franchises. In fact, there’s more to what a hacker is than you’ll learn from the movies. Here’s some information on what real-life hackers do, and the different kinds of hacker out there.

A hacker is someone who uses their computing and programs skills, sometimes with other people, to find and utilize flaws in the protocols that protect computer systems. There are three main categories of hacker, with each group containing further subtypes:

Black hat hackers: These are the bad guys, who use their skills illegally in order to steal information for their own benefit. They are motivated by personal gain and profit, usually acquired at other people’s expense.

Gray hat hackers: Somewhere in between are gray hat hackers. They aren’t in it to profit personally from hacking but they hack without the permission of the system owners. They may share the information they have on a given system’s weaknesses, or share it online for anyone who wishes to take advantage of it.

Script kiddies: People who hack for fun or attention are known as script kiddies. They often have little in-depth knowledge and use pre-existing code to attack their targets. White and black hat hackers are, at least, masters of their art, whose efforts push the boundaries, for good or bad. Script kiddies are hackers who are just messing around.

Blue hat hackers: These are also amateurs, who don’t develop their own, innovative ways to penetrate computer systems but use code already in existence. They aren’t interested in the science of hacking, but typically use it maliciously, for example to perpetrate revenge attacks.

Red hat hackers: This is a hacker who attacks other hackers. They are the vigilantes of the hacker world, but they choose to work in the same way. They might use malware or viruses to prevent black hat hackers from causing harm.

Green hat hackers: The hackers with green hats are the newbies – perhaps the white hat hackers of the future (or perhaps they’ll choose the black hat). These are the beginners, keen to learn from more experienced hackers, and genuinely interested in learning and honing their skills.

State-sponsored hackers: Governments employ hackers to obtain useful information and foil the nation’s enemies. As government agents they are often well-resourced. Whether they do good or bad is a matter of perspective, but they can fulfil an important role in a world that depends heavily on computers in all spheres, in peace and in war.

Hacktivists: Not everyone regards hacktivists (activists who hack) as the good guys, but they are nevertheless hackers who are usually motivated by genuine concerns for social justice. Hacktivists use their computer skills to impair or expose the activities of businesses and agencies whose activities they oppose.

Malicious insiders and whistleblowers: Insiders in an organization may not need to hack through a system’s defenses to achieve their goals. They may be employees with a grudge or people disturbed by unethical activities in their workplace. Others may be industrial spies or agents for rival companies. They can be especially dangerous, because they may have easy access and can operate, often out of the blue, without setting off all the alarms that an external hacker might trigger.

There’s nothing stopping a hacker from switching hats. Samy Kamkar gained notoriety as a teen hacker who developed the fastest-spreading virus then known and used it to crash MySpace. He’s now a gray hat hacker, who works independently to expose weakness in key systems. The first person to be convicted under the Computer Fraud and Abuse Act was Robert Morris, inventor of the first ever computer worm. He’s now a computer science professor at MIT. As a member of LulzSec, Mustafa Al-Bassam was involved in hacking the CIA and Sony (aged about 16). He’s now turned his talents to more socially acceptable computer projects.

Some people seem to go the other way. Marcus Hutchins was arrested in 2017 for writing Kronos, a banking Trojan; yet earlier that year he had been the one who put an end to the WannaCry ransomware cyberattack…

Hacking can be a gray area, with lots of blurred lines. What do you think? Are hackers troublemakers or heroes? Let us know in the comments!