What is a Botnet, and Why Is It Dangerous?

What is a Botnet, and Why Is It Dangerous? 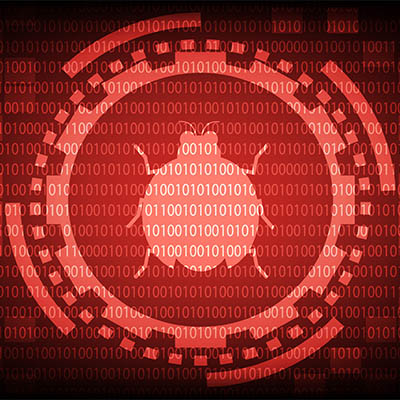 We all know that hackers are smart, but how do they actually carry out their ingenious crimes? One well-known tactic is the DDOS (Distributed Denial of Service) attack, where networks and servers are sent an avalanche of traffic that is too much for them too handle, causing them to fail. How do they do it? The answer is: botnets. Do you know what a botnet is? Every organization should appreciate the threat they pose, so let’s look at the problem more closely.

What is a Botnet?

Quite simply, a botnet is a network of devices that are connected, and that someone has taken over and infected. Every device in the botnet is a ‘bot’, and the controller can instruct them to do certain things. It’s not just computers that can be taken over and incorporated into a botnet. It can be almost any connected device, including smartphones.
This may ring a bell. What’s other network includes all sorts of devices? It’s the Internet of Things, which includes all sorts of items that don’t normally connect to the internet, such as kettles and refrigerators, with more things being added all the time. The Internet of Things may be fun and useful, but it’s also a great opportunity for hackers and their schemes.

DDOS attacks are one of the things that hackers use botnets for, in order to bring down the target organization’s network. This isn’t the only way that botnets can be deployed, and the other kinds of attacks they can be used for are just as much of a threat. They can be used for sending spam, data theft and can be used to gain remote access to internet-connected devices. Some cybercriminals even rent out or sell botnets to others with dubious intentions.

The Importance of Network Security

In today’s computing environment, the threats are many and the complexities of managing network security are huge. Protecting a network from all the threats out there isn’t something the average business owner can usually do themselves. That doesn’t mean all is lost. It’s just a matter of recognizing that you can’t actually go it alone. You can leverage all sorts of resources to fight back against cybercrime and prevent your name being added to the long list of victims. You’ve probably read the headlines about companies that have been hit by privacy violations and cybersecurity breaches. You don’t have to be one of them.

Cybersecurity Experts are Here to Help

Cybersecurity professionals are in the business of helping businesses to fortify their networks and keep cybercriminals out. Some businesses may be put off by the price tag, regarding professional security services as too expensive and beyond the budget. There is an alternative though. Smaller businesses can outsource the task to a managed service provider like Quikteks. A managed service is charged at an affordable monthly rate, and will ensure ongoing network security for your organization.

You can’t risk your devices becoming part of the monstrous web of cybercriminals using botnets to wreak havoc. Managed services from Quikteks can provide you with tools to protect your business IT and the perils of cybercrime. To find out more about how we can help, reach out to us at (973) 882-4644.