What Does ‘Read Only’ Mean?

What Does ‘Read Only’ Mean? 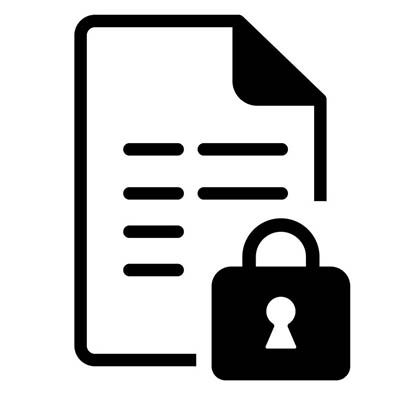 When you open a file you may have noticed that sometimes they display in a different format and are marked as ‘read-only’. What does that mean? This is the tech term that we’ll explore in today’s blog.

You might think that ‘read-only’ is a sign that the document or folder in question has some special importance. In fact, it’s just an attribute that is stored with the file, which means that users can’t do anything with the contents apart from read it. No editing or changes are permitted if a file is saved as ‘read-only’.

It could be that the file has been saved as read-only because it’s important that no-one alters it. But files and folders that aren’t necessarily important can also be saved as ‘read-only’. So can external storage media, like flash drives and SD cards. Read-only technology was also used with CDs (remember them?). Their full name is CD-ROM, an acronym which also stands for Compact Disk Read-Only Memory. The result of a file, folder or storage device being assigned the read-only attribute is that the data stored on the disk can’t be written over.

Why is ‘Read-only’ used?

Clearly, it can be useful to have a tool to stop documents, disks or flash drives being overwritten with other data. The main reason for the ‘read-only’ attribute concerns files or folders that are meant to be seen at all, like critical files that ensure that your hardware and software keep working. Alterations to these could cause a bunch of problems. With key files essential for the functionality of a computer protected as ‘read-only’, users can’t accidentally disable their computers (though these files aren’t usually on view, there’s always room for mistakes).

You’ll probably notice that many documents, including spreadsheets that are marked as ‘read-only’ give you the option to ‘enable editing’. With one click you can make the changes you want. So what’s the point? Sometimes files are saved as ‘read-only’ as a quick and easy way of withholding editing permission from anyone else. If you want to circulate a document for comment but don’t want it altered, the ‘read-only’ document signals that straightaway. (In Word, you can use the ‘Protect Document’ or ‘Restrict Editing’ options.) Or, if you’ve completed a document and want to distinguish it from other drafts or versions, making it ‘read-only’ is a signal that this is the final version. Note that a ‘read-only’ file can still be copied, but will have to be saved with another filename.

What are some other uses you can think of for a read-only file? Let us know in the comments.