Warning Signs That Your Computer Is on Its Last Legs

Warning Signs That Your Computer Is on Its Last Legs 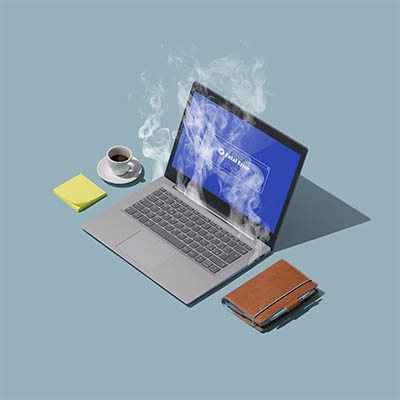 If your computer is misbehaving, or you’re experiencing recurrent malfunctions of some kind, the temptation may be just to give up on it and buy a replacement. That’s one way to put an end to the frustration, if the cause is major hardware problems, but it may be fixable. Because of the way computers and allied devices are put together, it might be possible to repair it relatively easily, and for a lot less money. This is also the eco-friendly option.

Repair or replace? Let’s take a look at some of the common problems you may be experiencing with your device, possible causes and the way to proceed.

Prepare for the worst to get the best outcome. Backup your data as soon as possible. You should ideally make at least three copies, which should be stored in different locations. Two should be on different devices and a third should be stored off the premises. This covers most disaster scenarios, so that whatever happens your data and files will be safe. Once you’ve done this you can move on to try to diagnose the problem.

Is it software problems or could it be the hardware that’s at fault? First of all, you’ll need to assess whether it’s just one program or application that’s malfunctioning. If so, then it’s probably the software that’s the problem. If multiple programs are doing strange things, like crashing or freezing, then there could be more serious issues going on.

To deal with software problems, one solution is to reformat the hard disk and reinstall the operating system. This is where you’ll need your backup copies, since reformatting the hard drive will erase your data. Reformatting and reinstallation are still quite drastic steps, however, but will resolve most software problems. If this doesn’t work, you might be looking at an issue with your computer’s hardware.

Computers have multiple components and any one of them could develop problems. Repair or replace? If it’s just one element you can replace it without having to buy a new computer. Let’s say that the touchpad on your computer doesn’t seem to be working. If that’s the issue, and not something worse disrupting operation, you can just get a new one. Serious hardware problems, such as issues with the motherboard, mean you’ll have to replace a whole suite of components, and a new computer may be the sensible and cheapest option. A professional opinion from a technical expert will help you decide whether to go this route.

Computers don’t go grey or wrinkly but with wear and tear they can still show their age. Elderly devices can start to creak and make strange noises. Drives click and grind and fans go into overdrive. These signs could be an indication that the component is about to fail completely.

Another problem with older computers is that they slow down. It could be that it’s just at the end of its useful life, but it can sometimes be sorted out with some maintenance measures. It’s also a good idea to run a virus check to eliminate malware as a problem, since this can tie up your device’s resources and cause it to slow down.

If you’re unsure about the health of your computer or other devices, and want a professional opinion on whether to repair or replace, reach out to Quikteks. Our job is to ensure that businesses have the advice and resources needed to function optimally. For more information, call us at (973) 882-4644.