Use Your Smartphone With the Lights Off? You Might Be Risking Temporary Blindness

Use Your Smartphone With the Lights Off? You Might Be Risking Temporary Blindness 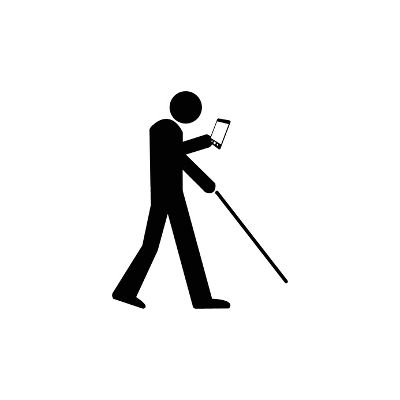 Are Your Eyes Burning?

The Vision Council defines digital eye strain as “the physical discomfort felt after two or more hours in front of a digital screen and is associated with the close to mid-range distance of digital screens.”

Don’t dismiss the eye pain we all feel after long hours in front of the screen. Starting with sore eyes, it can develop into temporary blindness.

A TechInsider report details the time people spend in front of screens.

For the modern office worker, avoiding the screen is basically impossible. After work, our entertainment often involves a television or computing device. It’s scary.

Don’t Do It in the Dark

Contrast appears to make it worse. In two recent cases, optometrists reported that a patient developed temporary blindness after using a smartphone in a dark room. In each case, the person was lying on her side with a pillow covering the eye not looking at the screen.
In these two situations, temporary blindness occurred because the patients had one eye covered while using their devices. The contrast between the light and the dark in different eyes was what caused the extreme eye strain.

Fortunately, these two cases have been diagnosed as circumstantial, but the fact that these temporary blindness incidents resulted from looking at a screen should warn us about the dangers of digital eye strain. Since so many office workers are required to spend so much of their time staring at a screen, problems could become epidemic.

What Can We Do?

Here are four best practices that may save your eyesight:

Not blinking often enough can dry out your eyes and cause pain. Blinking more often than you already do, and consider a lubricating type eye drop.

Increase the Size of the Text

Every 20 minutes, take 20 seconds to look away from the screen and instead look at an object that’s 20 feet away. Like stretching, doing this exercise can prevent your eye muscles from weakening due to a constant focus on a screen throughout the workday.

Screens emit an unnatural amount of blue light which can cause cataracts, in addition to several other problems. Besides minimizing screen time, try using a pair of “computer glasses” to block some of the blue light.

Do you suffer from digital eye strain? Do you have any ideas we haven’t mentioned here? Share them with us in the comments.