Top IT Acronyms You Hear At The Office

Top IT Acronyms You Hear At The Office 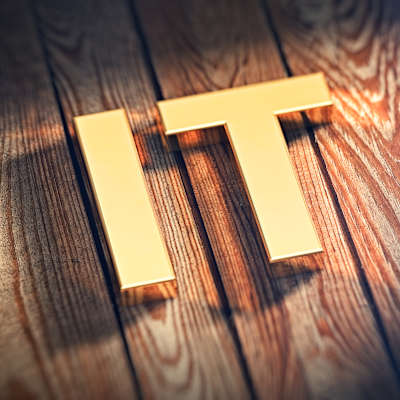 Computers and tech solutions are always evolving, and so does the language that goes with it. Keeping up can be hard when communications about technology seem to be an alphabet soup of IT acronyms. Tech professionals use jargon all the time, and may forget that not everyone recognizes all the abbreviations. Here are some common IT acronyms that are useful to know.

Have you heard of IaaS or DRaaS? The last three letters stand for “as a service”. IT providers often supply businesses with technical services and products which are managed on an ongoing basis by the supplier and billed at a monthly rate. That’s the “aaS” bit of it. The first letter refers to the particular service; so IaaS means “infrastructure-as-a-Service”, and DRaaS refers to “Disaster Recovery-as-a-Service. This facility has become increasing popular with businesses, who benefit from the continuity of service and ease of budgeting that go with it.

BI stands for “Business Intelligence”. This is the analysis of data in order to understand business trends better. Big business was quick to recognize the value of BI and big data but now businesses of all sizes use it to optimize their functioning.

This stands for “Bring Your Own Device” – letting employees use their own smartphones, laptops and tablets in the workplace, instead of the business supplying them. . It’s something many businesses now permit, partly to cut costs but also to boost staff satisfaction. Certain privacy and security precautions have to be instituted, but it can be a sensible and cost-effective business solution.

This is a kind of cyberattack, known as Denial-of-Service attack (or sometimes as a DDoS, or Distributed-Denial-of-Service attack). It happens when a business is deliberately targeted to receive an avalanche of incoming traffic that exceed the system’s capacity. Crashes of this kind can cause numerous problems, including downtime.

You’ll probably be familiar with this, even if you don’t know the acronym. It stands for “End-of-Life” – the point at which a product is no longer supported by a developer, and security and other updates are no longer issued. Windows 7 reached its EOL at the beginning of 2020, for example. You need to monitor EOL dates for your tech solutions, and migrate away from them before they arrive, so security and efficiency aren’t compromised.

These days all sorts of household items, from kettles to sound systems, can be operated via the internet. The Internet of Things is the name for these various non-traditional devices. It’s an intriguing development, but many concerns have been raised about the potential security problems that the IoT presents.

A LAN is a local area network, used to share resources between computers within a limited distance, such as an office. It allows shared access to various resources and peripheral devices, such as printers. (See also WAN, below.)

This is something else you’ll be familiar with if you’ve done any banking online. MFA is short for Multi-Factor Authentication. Instead of verifying identity in just one way (like a password), users requesting access must provide a second means of identification once the first has been accepted. It could be a PIN number, entering a code sent to your smartphone, or even biometric information, such as fingerprint or eyeprint ID.

SSL stands for “Secure Sockets Layer”. It’s a protocol for encrypting data between a server and a connected device. You may be aware that website addresses begin with “http” or – indicating a secure site – “https”. The difference is SSL, which creates that secure connection.

No, it’s not the parcel delivery service! In computing, it refers to an “Uninterruptible Power Supply”. A lot of computing hardware needs to be shut down properly in order to keep functioning. Power outages can wreak havoc with your infrastructure. With a UPS, your hardware maintains enough power supply to power down safely.

A VM is a virtual machine. This ingenious tech innovation allows a simulated version of a standard piece of hardware. The VM is set up in an infrastructure that users can access, meaning you can gain additional resources without buying extra hardware.

This is the acronym for “Voice-over-Internet Protocol” – that’s phone calls and similar over the internet. This approach to telephony cuts out many of the costs associated with standard phones. An extra cost-saving feature of VoIP solutions is that they often include various business-friendly benefits.

VPN stands for “Virtual Private Network”. The key word is “private”. Think of it as long a private tunnel for data, which gets encrypted as it goes to its destination. Especially for companies that utilize many people working remotely, a VPN is an excellent business solution.

A WAN is a network used where an organization operates in multiple locations. It connects the small networks in those locations into one much larger network.

To get beyond the IT acronyms and learn more about these business solutions, plus many others, reach out to Quikteks at (973) 882-4644.