Uber Used Technology to Break the Mold, Can Your Business?

Uber Used Technology to Break the Mold, Can Your Business? 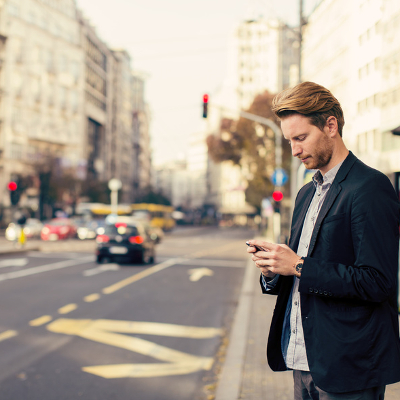 At a September tradeshow event, Travis Kalanick, cofounder and CEO of Uber, said five words in an interview that made everyone give pause to the potential for technology to shape our world for the better, “Every car should be Uber.”

In case you’re unfamiliar with Uber (it’s not yet available in every city), Uber is a technologies company which provides services for taxis and for-hire vehicles by allowing passengers to request trips to the closest for-hire Uber driver, through its mobile app. What makes the ride-hailing app unique is that it can turn anyone with a car and a smartphone into an Uber driver, allowing them to easily make extra income on the side by providing rides to Uber users. Plus, all transactions are handled via the app so that drivers don’t have to risk carrying cash.

Founded in 2009, the popularity of Uber has skyrocketed. Uber rapidly expanded to international markets beginning in 2012, and the company is currently valued at $50 billion. It should also be noted that Uber was honored by USA Today as “Tech Company of the Year” for 2013.

Looking back at Kalanick’s “Uber everywhere” comment, it’s not surprising that a CEO tasked with expanding a popular company would say such a thing. While a taxi/transportation service isn’t anything new, Uber’s adoption of new technology is what makes them stand out. Instead of thinking about ease-of-use and integration with mobile technology as an afterthought, Uber puts that first. Businesses that focus on consumers often sacrifice being cutting-edge so they can stick with what has always worked. Kalanick proves that it pays to think outside the norm.

Essentially, what he is proposing is a future where transportation becomes so commonplace and accessible, that hitching a ride with Uber will make more fiscal sense and be more convenient than owning a car. Kalanick explains:

If every car in San Francisco was Ubered there would be no traffic. If everyone in the city took an Uber instead, it would give back an hour of time every day to every person. What would you do with that time? You could give it back to your family.

It just so happens that Uber is headquartered in San Francisco, and it’s also the case that San Francisco is one of the worst cities in the U.S. in terms of how much time commuters lose per year due to being stuck in traffic–78 hours per year, according to a recent traffic study by Texas A&M University. Following Kalanick’s logic: more Uber cars on the road will equate to more people using the service, which means more people opting out of car ownership altogether, and that means less cars on the road and less traffic jams.

Uber has gone so far as to implement new technologies in order to make their ride-sharing service more efficient. Otherwise, an increased amount of Uber drivers would be sitting in their cars competing with each other while not having enough customers to give rides to. InformationWeek explains how this will work:

How does Uber plan to reduce the cost of transportation? Mostly by predicting demand. The cost of transportation comes in the downtime. If a driver has to spend 15 minutes traveling to pick up a fare, that’s 15 minutes the driver isn’t making any money. Uber is investing in predicting demand so it can move drivers to points of demand before that demand even occurs. He described heat maps for drivers that allowed them to move to areas of high demand so cars could “[take] the heat out of the area.”

Therefore, as driver downtime is minimized, the fares will decrease along with it. Truly, it’s a bold vision of the future that has the potential to change things for the better–assuming that Uber is profitable enough that being an Uber driver will offset the insurance and wear-and-tear put on one’s car.

Uber is utilizing technology in an attempt to change the way people travel, to eliminate unnecessary costs and expenditures, and to make day-to-day travel more efficient. Similarly, technology can help your business stand out from your competitors and “defy the norm,” so to speak. The latest technology helps your business innovate and provide more valuable services to your clients. If you’re ready to take advantage of modern technology solutions that can thrust your business to the forefront of your industry, give us a call at (973) 882-4644 and ask about our managed IT services.