The Samsung Galaxy S3 vs. The iPhone 5

The Samsung Galaxy S3 vs. The iPhone 5 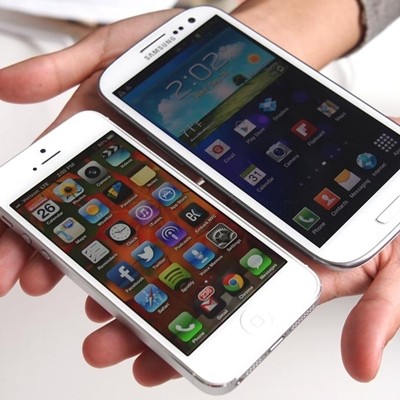 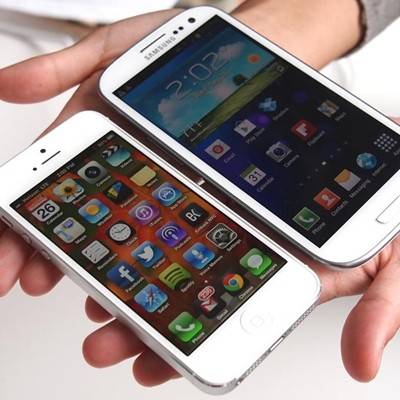 The smartphone market is possibly the most competitive in computing. It’s no secret that Apple and Samsung are competitors. Earlier this year in California, a federal jury sided with Apple in a ruling that found Samsung infringed on software and design patents. When the two aren’t duking it out in court, they are battling in the marketplace.

Their two flagship handsets, the newly introduced Apple iPhone 5, and the Samsung Galaxy S3 are two of the best smartphones on the market. A comparison of the two shows that they both have their strengths and weaknesses.

Display
Both smartphones offer dynamic displays. The iPhone 5’s 1136 x 640 resolution, Retina display is now up to four inches which is larger than any other previous iPhone. The Galaxy S3’s has a humungous HD Super AMOLED 4.8-inch display with a slightly better 1280 x 720 resolution.

Speed
The iPhone 5’s new 1GHz dual-core Apple A6 processor is a revelation to mobile computing making it one of, if not the fastest, smartphone ever created. It comes with 1 GB of RAM. The Galaxy S3 is comparable, however, with its 1.4 GHz quad-core and an incredible 2 GB of RAM depending on the model. Both phones are powerful, fast, and ready to handle just about anything. The iPhone feels marginally faster, but neither phone is lacking in this department.

Applications and Notable Features
For many users, apps are the most important feature of a smartphone. Both the iPhone 5 and Galaxy S3 feature plenty of available apps through their various OS-based marketplace. The iPhone 5 is supported by the Apple App Store while the Galaxy S3 is supported by Google Play and can be set to allow third-party apps.

The iPhone’s new “lightning” power connector is just another example how Apple likes to use proprietary components to their devices. If you have an older iPhone you will have to purchase an adapter if you want to connect your iPhone 5 with your computer. The Lightning cable comes with a processor built-in so it’s able to tell the device which way it is plugged in and it reroutes electrical signals to the proper places for a fast charge.The Galaxy S3 comes with Near Field Communication (NFC) which allows devices in close proximity to each other to share files over a WiFi direct or Bluetooth to initiate connection.

OS
The iPhone 5 runs the brand new iOS 6 operating system (OS) by Apple. iOS 6’s features include, a new Passbook location-aware digital wallet app for storing information, enhanced Facebook and iCloud integration, and Airplay for wireless streaming. Out of the box, the Galaxy S3 runs the Android 4.0 OS called “Ice Cream Sandwich” and is being upgraded to “Jelly Bean”, or Android 4.1, by some carriers. Some of the new features of “Jelly Bean” are just improvements that Google has made of the existing features that already populate the Galaxy S3. These include adding Google’s answer to Apple’s Siri: Google Now, which will likely allow users to replace S-voice feature and a new NFC option on the Galaxy S3, tabbed “Android Beam” that uses Bluetooth to initiate data transfer, unlike the S-Beam feature that uses WiFi Direct.

Storage
The iPhone 5 comes equipped with 16, 32, or 64 GB of onboard storage depending on which version of the phone you purchase. Like all iPhones before it, it is not upgradeable and offers no expansion slot. The Galaxy S3 comes with either 16 or 32 GB of onboard memory, but offers a microSD slot under the back cover that allows the Galaxy S3 up to 64 GB of memory.

Cameras
Both the iPhone and the Galaxy S3 come equipped with an 8-megapixel rear camera that captures 1080 HD video fairly well in low light in comparison to previous models. Both phones come with a front-facing camera, which is used primarily for video chat. The iPod’s front camera is 1.2 megapixels, while the Galaxy S3 offers 1.8-megapixel capture.

Summary
If you’re looking for one of the top smartphones on the market, both the iPhone 5 and the Samsung Galaxy S3 are terrific options. It all comes down to a matter of user-preference. Both are extremely capable, and both phones are excellent for business use. If you like one OS over the other, you’ll likely want to stick with it – the iPhone 5 is the best iOS device yet, and the S3 is still one of the best Android devices.