The Right Place at the Right Time: the Story of IBM

The Right Place at the Right Time: the Story of IBM 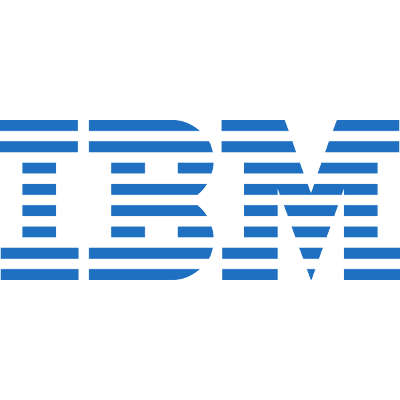 IBM is perhaps one of the best known technology companies out there, but do you know all of the details about Big Blue’s legacy? IBM has built itself a reputation for pursuing advances in innovation and revolutionizing the way that businesses utilize computing, all the way back to its inception 100 years ago.

In 1911, Charles Runlet Flint began by merging three companies: International Time Recording Company, Computing Scale Company of America, and the Tabulating Machine Company. The company formed would be known as the Computing-Tablet-Recording Company, or CTR for short.

CTR’s machines could perform a number of functions, such as sorting, analyzing, and running calculations based on simple punch cards inserted into the machine. These machines were built with business uses in mind, but the value of the devices started to skyrocket around the time that Thomas Watson was brought on board as the company president, a risky move that some saw as creating a monopoly and violating the Sherman Antitrust Act.

Watson understood that his target audience–businesses–would want these tabulating machines, but he also knew that CTR’s services could be very valuable to users through the use of a service offering, more so than an actual product. This approach proved to be successful for both CTR and its customers, as the sales team was able to properly communicate what the end users wanted to see implemented next.

1924 was the year that CTR changed their name to International Business Machines, and 1925 saw the rise of Watson as both the chief executive officer and chief operating officer of the organization. IBM would then continue in the face of adversity, especially during the Great Depression when federal agencies’ needed computing hardware to comply with President Roosevelt’s New Deal mandates.

Future demand for these machines only increased during wartime, and Watson’s son, Thomas Watson Jr., was eventually named his father’s successor in 1952. By this time, computers had grown in popularity and were more commonplace in the office environment. Organizations that had previously purchased IBM tabulators made a simple transition to IBM computers.

In 1949, IBM introduced itself to the global market, offering sales worldwide to a total of 58 different countries. During this time, IBM World Trade Corporation’s control over the global market soared everywhere but Japan and the United Kingdom, achieving only a modest 33 percent in these countries.

In 1952, history repeated itself and IBM was hit with another antitrust lawsuit from the United States government, and another from a specialized computer organization called Control Data Corporations. IBM endured these allegations and changes in leadership until the 1980s, at which point it began to falter under the duress from other competitors. This resulted in a change in their management strategy, which allowed IBM to muscle their way through many more years of business. Around 2004, their success rate stabilized once again.

There are lessons to be learned from the tumultuous history of computing’s most innovative organization. Creating the right partnerships and providing a service that’s in high demand can go a long way toward keeping your business in… business. IBM also showcases how it’s possible to overcome challenges like changes in the market, and how having strong leadership is important. Your business can use this knowledge to its advantage and perhaps become the IBM of your industry, one day.