The Only Good Virus is No Virus

The Only Good Virus is No Virus 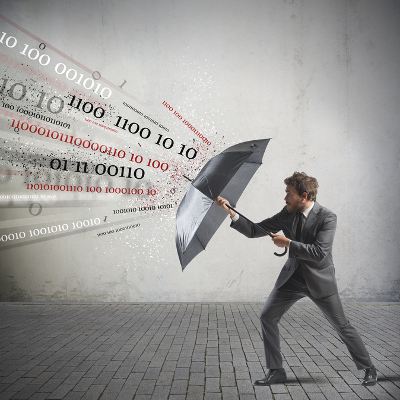 This world is dangerous; there are murderers, serial killers, and identity thieves. These dangerous criminals aside, many people ignore the dangers in the digital world, thinking that they are untouchable in their online community. Little do they know, some of the most dangerous criminals in the world exist on the other end of a telephone line, sitting in front of a computer: Hackers. One of the easiest ways to defend yourself from these criminals is to keep your antivirus software up to date.

Here are some reasons why an antivirus software is important:

How Smart is Smart Enough?
The answer to this is simply, not smart enough. Most people seem to be under the impression that they can prevent their computers from being compromised. This is true to some extent; vigilance can go a long way toward preventing hackers from accessing your system, but there is only so much that one person can accomplish on their own. Complacency slips in, and routine checks become nonexistent. Eventually, a slip up results in malicious software being installed on your PC.

Downloading files is one way to contract a virus, but even something as simple as visiting a website can lead to infection. Browsers employ something called a security patch to keep hackers at bay, but flaws can be found in these patches and taken advantage of. They might provide an immediate fix but as time passes this fix becomes less effective. New problems arise every day, and there’s no way to ensure that you don’t visit an infected website.

Always Use Protection
you can be as vigilant as possible, but there will likely be something that eludes your watch. It lurks in the shadows, waiting to strike when your guard is down. It is a silent assassin that can pick its way through any locked doors, but no matter how sly it is, it can’t infiltrate your fortress without getting through your last line of defense.When push comes to shove, the only thing keeping your computer safe from malicious software is your own personal bodyguard; the antivirus software. It detects the virus before it has time to do anything else, identifies it, and pummels it into oblivion.

Reasons to Not Have Antivirus
1. There arenone.

In the early days of antivirus protection, the software took up a lot of space on your computer slowing down its performance. Now with the advent of new technology and super-fast computers, antivirus software hardly slows them down at all. Many computer users argue that the reason they don’t use antivirus software is because they are laden with pop-ups attempting to sell other products, or to renew subscriptions. That is a small price to pay for the security of your data and peace of mind. For small businesses there are enterprise antivirus solutions that will run in the background to ensure that the end users are not interrupted and provide you with the kind of comprehensive protection you would expect from Quikteks.

With good antivirus software installed, you can rest easy knowing that your computer is  safe in the event of an attack. If you are looking for antivirus software to keep your system safe, call Quikteks today at PHONENUMBER and we can protect your organization with one of the top enterprise antivirus solutions on the market.