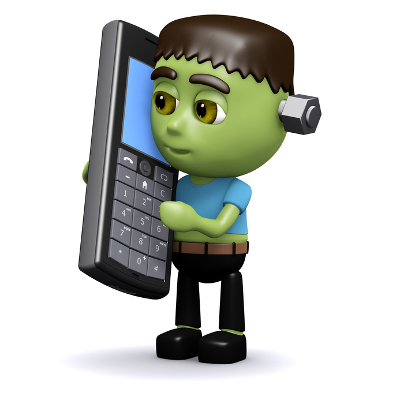 We all have our quirks and fears. Some people can’t face the day without a cup of coffee. Others go into meltdown at the prospect of public speaking. And then there are people who are hooked on their tech. Being without their cellphone is a terrifying prospect. If you get anxious when your phone isn’t charged, you could be a nomophobe.

The word derives from ‘no mobile’ and it’s been documented around the world, mainly in young people. It may sound funny but for sufferers it’s no joke. Here are some of the signs of nomophobia:

If this suite of indicators rings any bells with you then you could be a nomophobe, and might need some help.

The fear of losing your phone

Almost a decade ago, the Huffington Post reported on studies showing that about 67% of people were anxious about being without a phone, and the Pew Charitable Trust found that 29% of people couldn’t imagine living without their phone. As cellphones have become more and more integrated into daily life, so being without one becomes more and more of an issue.

For most of us it’s an inconvenience if the phone battery is flat, or if we leave it at home when we go out, or if we run out of minutes in our service plan. For nomophobes it’s a disaster that creates real anxiety or even outright panic. Let’s face it, refusing to go somewhere where there’s no signal is extreme. But nomophobia doesn’t have to be that marked. Even checking your phone repeatedly for new notifications can be considered excessive.

Your phone – accessory or crutch?

For most people, a smartphone is just a tool, and a very useful one, but some people have a much deeper personal relationship with their phone and can experience a kind of separation anxiety. Nomophobes have their phone to hand all the time: often in their hand or on the desk, or otherwise always in their pocket or purse. If they go to another room – even the bathroom – the phone goes too. Some have two phones just in case one goes missing or runs out of juice. This kind of dependence is suggestive of nomophobia.

Being a nomophobe is like being on an electronic leash. Remember that lots of people find phones a nuisance, because they can’t get away from it. They can’t wait to switch it off or mute the volume. When the phone’s off no-one can intrude – including the boss. (Being forced to deal with work matters during your time off is a well-known problem these days.) These people are at the other end of the nomophobia spectrum. They don’t need their phones for constant company. And yet we all probably know and love a nomophobe or two!

Sometimes nomophobia is more of a bad habit than a pathological trait. And, as with all habits, change is possible. There’s a school of thought that says phobias can be treated by making people face their fears. If you remove the nomophobe’s phone then they’ll have to go through a whole stretch without notifications, calls, social media, games… They might realise that they can live without them, but for serious cases, a week without food would be preferable.

Baby steps are probably better. Maybe a ban on phones in the car or at the dinner table or in bed is in order. Cutting down is easier, and since most of us really do need to use our phones a few times a day, it’s the more practical solution. When it comes to nomophobia, you could see if there’s an app for that, but it’s probably not the smartest way to go.

Of course you could prank your nomophobe buddies by hiding their phones, but it might cause more fear and anxiety than non-nomophobes can comprehend. There’s probably a better way to deal with it than inflicting torture – and it might lose you a few friends…