The FBI Warns That DDoS Attacks are On the Rise

The FBI Warns That DDoS Attacks are On the Rise 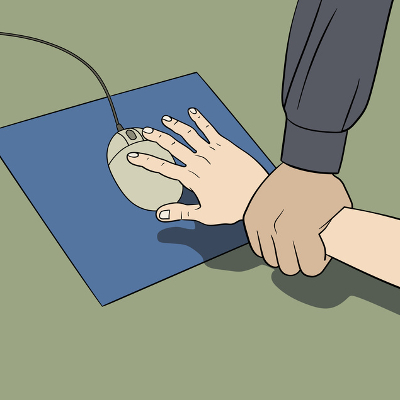 If you feel that there’s an increase in ransomware activity, don’t worry; it’s not just you. Hackers are now taking greater advantage of ransomware, a threat that locks down files and returns them in exchange for a payment. This is wreaking havoc on the computing world. Even the FBI has acknowledged the threat, and has issued a warning that the most likely type of cyber extortion users will encounter is probably going to be DDoS attacks.

A Distributed Denial of Service (DDoS) attack is generally identified as an attack that targets a server with an exorbitant amount of traffic it can’t handle, forcing it down until the attack is over. This is an extreme inconvenience for site visitors and employees trying to access information, but it’s even more frustrating to business owners who are losing money from the downtime DDoS attacks cause. Now, hackers are taking advantage of the costs of DDoS attacks to extort even more money from users, much in the same way as ransomware. As explained by the Internet Crime Complaint Center, “the victim business receives an email threatening a distributed denial-of-service (DDoS) attack to its website unless it pays a ransom.”

In order to preserve their identities, hackers ask that the ransom be in bitcoin so the ransom cannot be traced back to them. Due to the increasingly popular nature of DDoS attacks, it’s safe to assume that hackers are making a pretty penny from these kinds of threats. To make matters worse, DDoS attacks can even be done by a complete amateur, which makes them even more dangerous than your typical hack. As explained in the official public service announcement from the FBI:

Businesses that experienced a DDoS attack reported the attacks consisted primarily of Simple Discovery Protocol (SSDP) and Network Time Protocol (NTP) reflection/amplification attacks, with an occasional SYN-flood and, more recently, WordPress XML-RPC reflection/amplification attack. The attacks typically lasted one to two hours, with 30 to 35 gigabytes as the physical limit.

Due to the nature of the attacks, DDoS threats are difficult to dodge completely. Since the server is being targeted by an excessive amount of bandwidth and traffic from all sorts of different IPs, it’s borderline impossible to block it completely. Your best chance to keep these threats at bay is to check where all of the traffic is coming from, and block the IPs that are targeting your server. This can keep attacks from the same source under control, and you can even block entire countries that are known for housing hackers to minimize the risk.

If your business is concerned about the rise of DDoS attacks, you can trust Quikteks to help. We can help your company optimize its security and prepare for any downtime disaster. Give us a call at (973) 882-4644 to learn more.