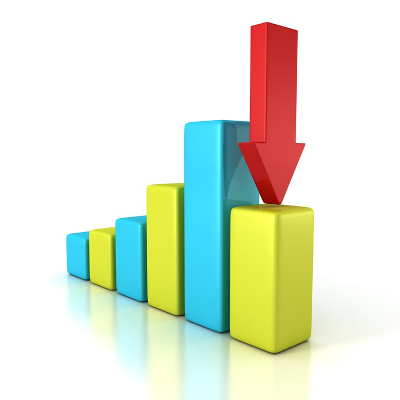 Anybody who has been paying attention to the technology field has heard talk of the imminent decline of PC sales. That prediction has not only come to fruition, but it is much worse than was previously imagined. In 2012, both the IDC (International Data Corporation) and the Gartner Group reported that global PC shipments in the 3rd quarter had declined 8% from the previous year. The latest numbers released on December 2nd, 2013 were not good news for the world of traditional desktop and laptop computers.

IDC dropped the bombshell that the PC market would be taking its largest hit of all time this year. The IDC declared that this will be “by far the most severe yearly contraction on record”. It states that the PC market is set to plunge an additional 10% overall this year with consumer sales declining by 15%. They predict 314.8 million global PC sales, similar to 2008. In retrospect, 2012 sales were at 349.4 million, a decline of around 35 million sales. They say this trend will continue, with a fall of another 3.8% in 2014. The research group, Gartner, makes a slightly less devastating prediction, stating 2014 sales will be flat, but could be followed by a single digit increase in the following years.

Mikako Kitagawa, the principal research analyst at Gartner states, “Definitely not a decline”, in regard to PC sales in 2014. However, she added, “We think that 2013 will see the worst decline in PC history. …The PC used to be the only device to connect to the Internet. Now there are many choices, and last two years have seen structural changes because of tablets and other mobile devices.” CNET Editor-in-Chief, Paul Sloan, compares the situation to newspaper subscriptions; “They’re just going to keep going down. Mobile is growing; tablets are growing.”

PCs still dominate most homes, as illustrated by Ovum’s Consumer Insights survey, which stated that 68 percent of post-Thanksgiving Cyber Monday shoppers relied on their desktop/laptop PCs to make online purchases. This figure shows how mobile devices already account for almost a third of online purchases. Additionally, the average user isn’t in need of a new PC, the one they have now works just fine. Jay Chou of IDC states “…PC usage has not moved significantly beyond consumption and productivity tasks which differentiate PCs from other devices. As a result, PC lifespans continue to increase, thereby limiting market growth.” Principal analyst at Technology Business Research, Zra Gottheil, agrees, “Basically people are keeping their PCs longer.”

Another startling number that backs up this analysis is a December 3rd report from IC Insights which predicts that, for the first time ever, global cellphone sales will overtake the combined sales of desktops and laptops this year! It’s predicted that cell phones will out sell stationary computers by almost $40 billion, with cell phone sales at $247.2 billion and PC’s at $208.3 billion. This means trouble for traditional companies like Intel who have had struggling sales numbers, and HP who has already downsized by tens of thousands of workers. However, these are the types of numbers that Google and Apple are currently benefitting from.

The reality is that in some professions you wouldn’t be able to get much done if you only had a mobile device. This fact will keep the PC relevant for now. It may be true that the PC you bought four years ago still works just fine and does everything you need it to do; word processing, email, print design, etc. However, new PC technology allows for faster computing and better security. The introduction of lighter, more powerful, and more versatile tablets will make it difficult for the PC to ever be a viable consumer platform again, its only advantage is that it still holds the edge for productivity over tablets.

What do you think? Is the PC on its way out of the technology market? Let us know in the comments.