The 50 Year History of Our Industry

The 50 Year History of Our Industry 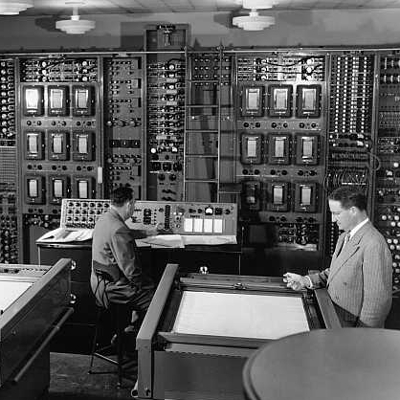 Working in the IT industry means embracing change and the latest technology trends. Doing the same thing day-in and day-out is a luxury we don’t have, and frankly, sounds kind of boring. Since computers were first invented, there’s been a need to service them. Here’s a look at how the IT service industry has changed over the past 50 years.

1960s & 70s: The Early Years
This was a time when only large companies could afford computers because they were expensive and took up a lot of space. In fact, computing was so costly in these days that businesses would pool together their resources and practice computer “time-sharing.” Time-sharing allowed different businesses and users to interact concurrently through a single computer, which let companies take advantage of computing without having to own and maintain one.

The first generation of IT professionals maintained these time-sharing computers and helped develop new interactive applications. As we will see in the later of part of this article, history repeats itself and the old practice of computer time-sharing looks a lot like cloud computing of today.

1980s: Computers Become Affordable
Thanks to innovations by IBM, Macintosh, and Xerox, the 1980s was a revolutionary time for the IT industry as computers became more affordable for businesses. Three events in particular stand out as the biggest game changers for the IT service industry during this time.

1990s: The Explosion of PC Popularity
The 90s was a time of PC innovation as computers became commonplace at work, in schools and at home, meaning consumers began using their PC for everyday tasks. Windows released popular operating systems and the potential of the Internet was becoming apparent. During the 90’s, IT service companies also expanded into users’ homes and helped educate the public on the many benefits of computers. Here are just a few of the major IT events from the 90s.

2000s: The Modern Office Takes Shape
A lot of the technology businesses use today, like Windows XP, Vista, and 7, along with smartphones and video conferencing, were all introduced and began taking shape during this time, and IT service companies helped businesses remotely manage all of their technology and implement BYOD policies. A few tech milestones of the new millennium include:

Today: It’s all about the Cloud
The IT service providers of today still administer the same great services that they’ve been offering for the past 50 years, with our latest emphasis being to help businesses adopt and become acclimated to the cloud. Cloud computing from Quikteks can save your business money on operating expenses, ensure your data is backed up and safe, and offset the cost of owning and maintaining expensive computer hardware–just like time-sharing in the 1960’s!

To be a part of the history being made by Quikteks, give us a call at PHONENUMBER!