Taking a Long Look at Smartphones

Taking a Long Look at Smartphones 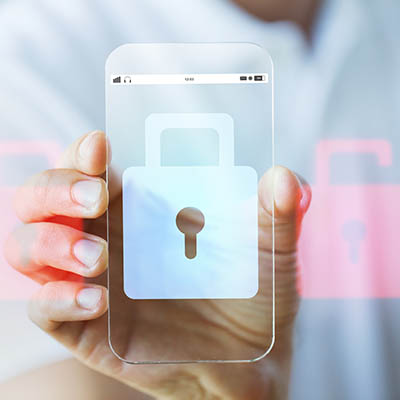 Smartphones are a marvel of modern ingenuity. After looking at employee smartphone use as a problem for much of the past few years, today’s businesses have begun to amend that strategy and are now using employee devices to their advantage. With such a large percentage of today’s workers actively using smartphones, it only makes sense for businesses to try and incorporate their employees’ devices into their day-to-day operational strategy. Today, we’ll take a look at smartphones and how they’ve managed to go from nuisance to necessity.

Today, despite the number of smartphones purchased, there really are only a handful of companies that produce them. Most of the manufacturing is done in Asia, from parts sourced from all over the world. The modern smartphone features near-ubiquitous connectivity, desktop-like processing power, and enough storage to facilitate the millions of applications that are constantly being developed for the two main OSs, Android and iOS.

The most expensive and feature-rich smartphones feature microphones and speakers that are protected from water and sand, multiple cameras that are capable of capturing 4K video, and batteries that last longer than ever. These manufacturers are creating these wonderful devices at a time when smartphone demand is shrinking. Devices are built well and are therefore lasting longer, and users aren’t looking to upgrade to the newest model every fiscal year anymore. Despite being nearly a $500 billion industry, it has seen some dramatic shifts in a small window of time.

Looking at the global smartphone market will show that there are only six manufacturers with a current market share of at least eight percent. They are Samsung, Apple, Huawei, Xiaomi, Oppo, and Vivo. Most of these manufacturers do most of their damage in the Asian markets. In the U.S., which is currently the third-largest smartphone market, Apple has a 41 percent market share, followed by Samsung at 21 percent. After those two, only Korean manufacturer LG has more than 10 percent of the U.S. market.

Things are basically the same in much of the English-speaking world. In the UK and Australia, Apple currently has 49 percent and 55 percent of the market share, respectively. Samsung, still a major player, is a distant second with 29 percent and 22 percent, respectively. In Europe, Samsung’s market share dwarfs Apple’s. Overall there are over 1.5 billion smartphones shipped every year for a market that is now at nearly three billion people.

82 percent of people in the UK and 77 percent of Americans now own one. Predictably, China is actually the largest smartphone market with nearly 850 million smartphone owners. Conversely, there are some places where smartphone adoption hasn’t reached high percentages. Despite having nearly 1.4 billion people, and having the second-most smartphone users (>340 million) the smartphone ownership rate in India is only around 28 percent. Other potential growth markets include Indonesia (27 percent), Pakistan (14 percent), and several coastal Aftrican nations (6-to-13 percent).

Innovation of the Modern Smartphone

The average person would pinpoint Steve Jobs as the inventor of the smartphone. There are several organizations, including Microsoft, that could deny that claim. Apple’s 2007 launch of the first iPhone is looked upon as the seminal smartphone. From there, the smartphone – and the software needed to make these devices a success – have grown exponentially.

The innovation of technology has been a major driving force in pushing the use of devices. As we stated earlier billions of people actively use (and periodically purchase) smartphones and they are always looking for new ways to use their devices. So, while the fundamental technologies found inside these devices have been pretty static, any new tools, and improved specifications show up on all manufacturer flagships eventually.

The best smartphones are the best because they can do the most, including: play games, cast a desktop experience to a thin client, and work with thousands of other devices to be the central hub to a smart life. Let’s take a look at the technology found in these devices.

The durability of today’s flagship smartphones is in itself a marvel. Mostly made out of glass, they are stronger and more resilient to trauma than ever. The resolutions on the devices are substantially better than previous phones. Most major flagship smartphones come with displays that feature pixel densities approaching 500 pixels per square inch.

More smartphone makers are investing in creating mobile chipsets. This has led to mobile chip innovation that has improved chips to the limit of production. Today, most manufacturers are advancing a 7nm chip. Some of the top chips available right now are Apple’s A13 Bionic, Qualcomm’s Snapdragon 855+, Huawei’s Kirin 990 5G, and Samsung’s Exynos 9825.

Well, we should say cameras, plural. Every flagship smartphone, and many budget ones have multiple cameras nowadays. People want to capture their experiences, and with today’s smartphones they have a multitude of options from super wide-angle lenses to telephoto zoom lenses that zoom up to 40x.

There has been a substantial improvement in the batteries found in high-end smartphones. Their general design hasn’t changed much over the past several years, but they are certainly degrading less quickly and lasting longer, with the goal of having a smartphone battery last a full day hopefully coming to fruition soon.

There are two major mobile operating systems: Android or iOS. Obviously, there are some other OS options, as well as some manufacturer-specific software that put a proprietary software “skin” over Android to let the user feel like they are using a new OS.

Currently, Apple’s iOS is seen as the best mobile OS, but since it is only found on Apple products exclusively less products actually run iOS than Android 9.0 Pie, which is found on many manufacturers’ flagship devices.

Smartphones, and most mobile devices, run on apps. Currently, there are several app stores, of which Google Play or the Apple App store are the most utilized. There are literally millions of productivity apps, lifestyle apps, retail apps, and games on each of the major app stores.

Mobile security is a larger consideration today than ever before. This is especially true for those companies that are trying to use their employee’s devices for their own benefit. Google and Apple are doing more to build OS-based security options and have made some decent headway. With the number of threats growing day-to-day, a multi-hundred-billion-dollar industry has popped up with the goal of securing devices and mobile data. Samsung, being the most utilized mobile device manufacturer in the world has started their own initiative to bring security to the forefront with their Samsung Knox tools.

Innovations in OLED technology are changing the entire way manufacturers are designing devices. Typically, the smartphone’s form factor has only shifted in the use of screen real estate. That is, manufacturers have moved the cameras around and removed bezels to give users the most usable space on its display. With advances in OLED technology, however, companies are able to create foldable devices that both provide more usable display space while also improving device security. Only time will tell how these devices do on the open market, however.

To learn more about the smartphone, including features, new form factors, and how they can work as a major productivity tool for your business, call the professionals at COMPANYNAME today at PHONENUMBER.