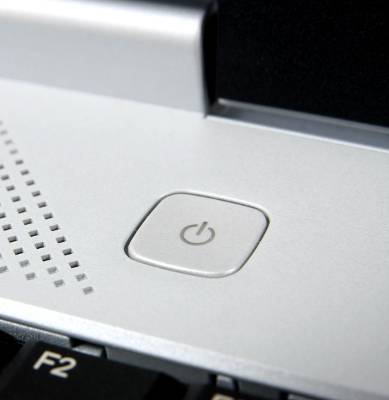 A computer may look like a box with some flashing lights, but the contents of that box are incredibly complex. Most of what’s inside your computer comes down to three things: the motherboard, the RAM, the processor and a fan. All of these are fragile components that can easily be damaged if a computer is moved around.

You’ve probably heard the low hum that your computer makes, but do you know what it is? It’s your hard drive, which consists of metal platters on which data is stored. These spin at speeds of 4,000 to 15,000 rpm (revolutions per minute). The data is read in a way that’s similar to the way a record player works. A small head on an actuator arm moves over the spinning platters. You may not have a record player but you know that you wouldn’t move one while it’s playing a record. It’s the same with a computer – while it’s working you shouldn’t jiggle or move it.

Ideally you shouldn’t move your computer unless you’ve switched it off. When it’s powered on, those metal platters are spinning all the time and they only stop when the device is powered down. Many people like to keep their computer on all the time, because of the time it can take to start it up again.

Now let’s think about the physics involved. Gyroscopic motion is what allows the machine to achieve the hard drive speeds it needs, and this stops the small hard drive components from colliding with each other. If they do, there can be major damage and the hard drive may fail completely. This is why backing up your data to another location is so important. The technicians at Quikteks have a saying: ‘It’s not if a hard drive will fail. It’s when it will fail’.

Moving a PC and improper handling are one source of hard drive problems, but there are others. External vibrations can cause problems because they disrupt the gyroscopic motion within the drive. If you have anything around your workplace that generates vibration you could experience computer problems because of it. Do you work next to an airport or right alongside a highway? Do you have a large speaker near to your computer? Is there vibration from heavy machinery being used close by?

You might be thinking that laptops are portable, so surely they’re designed to be resistant to damage caused by moving around them? In fact, even laptops aren’t immune. There’s one exception to this, however. If you have a laptop with a solid state drive (SSD) then you are less likely to experience problems. That’s because an SSD doesn’t have moving parts and so is less vulnerable to vibrations and less likely to be damaged by being moved. Because they’re portable, laptops are designed with more internal hard drive support than desktop machines, but even if your laptop has an SSD you still need to be careful if your laptop is powered on when you move it around.

As well as being aware of external vibrations, and what moving your computer can do to its components, it’s also wise to be aware of what environmental factors can have a negative effect. Think about dust and liquid spills onto your keyboard, as well as electrical issues, such as faulty wiring and power surges. It’s not only hackers and malware that can wreck your computer. Sometimes it’s the conditions where you’re using it. Quikteks can assess your IT infrastructure and evaluate any issues in your workplace environment that might put your hardware at risk. For more information, give us a call at (973) 882-4644.