Structured Procrastination: Get Everything Done, Eventually

Structured Procrastination: Get Everything Done, Eventually 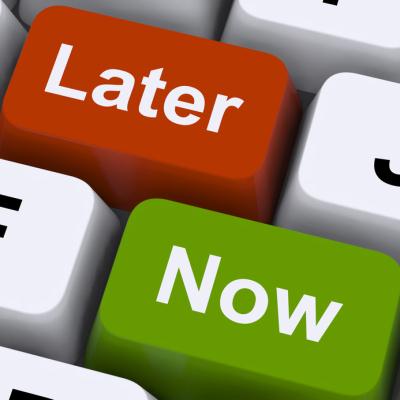 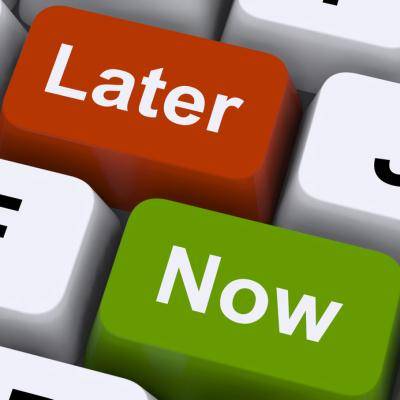 Procrastinators of the world unite… tomorrow! Many people who feel the constant and crushing pressure of deadlines, and who have a habit of being late with deadlines, would identify themselves as procrastinators. Stanford professor John Perry has discovered a method to use procrastination as a tool to get more done, he calls this structured procrastination.

Dr. Perry is an admitted procrastinator, yet he has accomplished a lot with his career. While exploring the reasoning behind this paradox, he realized that there was a difference between the term procrastination (and the way that it is used to nag people into getting things done) and the habits of self-proclaimed procrastinators. Dr. Perry makes the point in his book “The Art of Procrastination” that procrastinators, “seldom do absolutely nothing.”

For Dr. Perry, this was an epiphany. He goes on to explain his moment of clarity, “If I get all this stuff done, how can that be when I’m a crummy procrastinator? And it occurred to me, well, there’s a difference between procrastinating and being lazy — I’m not lazy. I do a lot of stuff, as long as it’s a way of not doing something else that I’m supposed to do.”

Dr. Perry suggests that with a few adjustments made to peoples crushing to-do list, they can get more done by using the natural tendency procrastinators have to put off important projects. The first step that you will want to do take is to make a distinction between what seems important and what is actually important. Dr. Perry explains, “The trick is to pick the right sorts of projects for the top of the list. The ideal sorts of things have two characteristics, First, they seem to have clear deadlines (but really don’t). Second, they seem awfully important (but really aren’t). Luckily, life abounds with such tasks.”

An example of a big and seemingly important project to put at the top of your to-do list might be a project like a home renovation. Let’s say that you want to remodel your kitchen. You have promised your family that you would do it (this makes it important), and you have agreed upon a deadline for the next holiday when you will be hosting a family dinner. Ok, so this is big project, and you are feeling the pressures of other people’s expectations, but how real are these pressures and this deadline? Truth is, if you don’t get around to finishing the kitchen because you procrastinated and got dozens of other smaller-yet-more-important tasks done, then you will still host your family gathering, and the holiday will still be enjoyed. You will eventually get around to finishing up that kitchen, but in the meantime, don’t sweat the small stuff, and feel good about achieving so many projects in the middle of your list.

With your to-do list updated, you will now find your aversion to avoid the big “important” things on your list will assist you in getting down to the smaller things that really are important. This method only works if you are a productive procrastinator, which is the kind of person that stops working on something only to start working on something else.

This approach will not work if the procrastinator has a tendency to stop working on something so they can do nothing; this is classic definition of laziness, which accomplishes nothing. “As a door turns on its hinges, so a sluggard turns on his bed” – ancient Middle Eastern proverb.

In conclusion, instead of fighting procrastination, embrace it and use it as a tool to help you get more done. At least, whenever you can get around to it, of course.