Servers and Energy Costs are Shrinking with Microservers

Servers and Energy Costs are Shrinking with Microservers 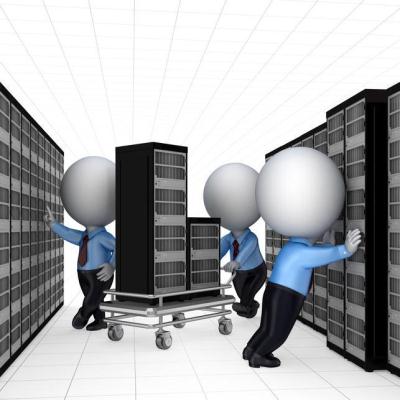 Servers have always been one of the more expensive yet crucial pieces of your IT infrastructure. A new development in servers is the microserver, which is a stripped down version of a server. The appeal is that they can be designed to handle one task efficiently, and therefore, use fewer resources while costing less to purchase and maintain.

Microservers are not meant to be a substitute for traditional servers as much as they are designed to be complementary and alleviate them from resource-draining tasks. Microserver sales are growing and shaking up the server market. Within 2-3 years, Microservers are expected to account for one-fifth of server sales. This demand is driven primarily by the booming data center industry–aka, the companies that offer cloud computing.

The tasks that microservers are great at require little computing power. A server hosting an HTML website is a great example of this. Using a full-fledged server to do something simple, like host several HTML websites, is overkill to say the least. Dave Chalmers, chief technologist for HP’s enterprise group EMEA, describes to Zdnet.com this underutilization of server resources when doing simple tasks:

If you think about how an x86 processor is typically built today, there are hundreds of millions of transistors on there. A huge chunk of the real estate is involved in cache management and providing performance enhancements for the processor. When you’re doing web page serving you don’t use any of those transistors, so that’s effectively cost and power consumption that give you no benefit.

Full-sized servers are notorious for being energy drains. Powerful processors are one reason, requiring around 90W of thermal design power (TDP). Microserver boards will operate at TDP levels below 45W. They even have the potential to dip below 10W. Even if you have no idea what a TDP is, it doesn’t take a computer genius to see the difference between 90W and 10W will translate into big energy savings.

A microserver uses a single integrated circuit and has been stripped down to include a CPU, memory, and a system Input/output. This means that microservers are dramatically smaller in size. Not only do they take up less physical space, but they also don’t produce nearly the amount of heat as a traditional server. Less heat means that it will cost less to cool a server room.

Because microservers are small and put out little heat, they can be packed together in existing server chassis. This means that the existing components of an IT infrastructure, like cables, switches, and NAS devices can easily be hooked up to a microserver in an existing server environment. In fact, in a recent report by HP, they were able to pack 1,600 Calxeda EnergyCore microservers into half a server rack. All of these microservers were able to carry out a light scale-out application workload that took 10 racks of 1U servers. The energy savings from this exercise totaled 89%, and equipment costs was 63% less than having to fill up 10 server racks.

If you are interested in overhauling your servers to make your IT infrastructure more efficient, and if you want to see major savings with your energy bill, then call Quikteks at PHONENUMBER.