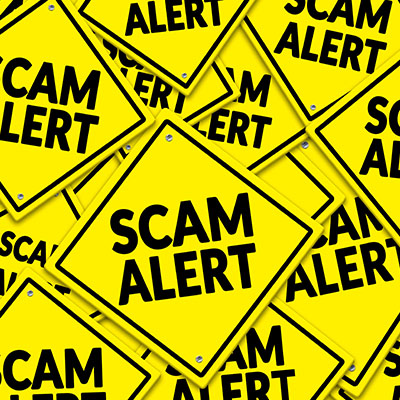 If you use email – and most of us do these days – then you’ll know all about the junk mail that arrives every day of the week. The endless promotions that you thought you’d unsubscribed from are one problem. Spam messages can be a whole lot more offensive and annoying. Unsolicited messages just keep coming.

You may have got used to them. Some go straight to the spam folder and are deleted automatically. Others just have to be deleted manually, but it’s become part of the landscape. That doesn’t mean it’s not a problem. It just takes someone to interact with a single email that’s designed to scam people for things to go very wrong for an organization.

Don’t think that the problem of scammers is overblown. The figures suggest that scammers cost businesses, governments and ordinary users more than a trillion dollars each year. Let’s look at the zeros – $1,000,000,000,000. Scams and online crime affect more people than any other category of crime. Today we’ll look at why so many people still get scammed and what you can do to make sure that you aren’t one of them.

Scams Happen on a Massive Scale

You’d think that more and more of us are aware of scams than ever before and that the figures would go down because people are alert to the problem. The thing is that scams are being sent out on a massive scale, every single day. Before the internet took off, there were always things like lottery scams, which cost people around two hundred million dollars. We all remember how individuals tricked people into investing in real estate cons, and the Bernie Madoff scandal, in which investors lost over 64 billion dollars. Those figures have gone up because of the sheer volume of scam attempts.

We’re no longer dealing with a few crooked individuals. These days, there are teams of people in the online fraud business. The internet also makes it a lot cheaper to operate these types of scam, which attracts more and more cybercriminals into the business.

Another factor that favors the scammers and their criminal groups is the ease of getting away with it. It’s hard to catch and prosecute them, partly because they often work from countries that don’t have the resources to enforce the laws that are designed to stop them. You’ve probably had cold calls from people with questionable information messages and requests. These people aren’t living in your state, or even your country. With a routing program they can spoof a number, and the recipient has no way of locating the criminals by means of that number.

As time passes, the cybercriminals are fine-tuning their dark arts. One of the techniques that they have perfected depends on passing themselves off as legitimate, using popular brand names and well-known, trusted businesses. They may even pretend to be from within people’s own companies, in order to allay suspicions. Facilitated by technology, modern business moves fast and can be pressured. Workers may respond to an email to send information, login details or even money, before any red flags are raised.

By sending correspondence that looks, feels and sounds familiar and genuine, scammers lure unsuspecting people into their trap. Something that really looks like a genuine communication from your bank, with contents that seem to be entirely plausible, will make you drop your guard and engage.

You might think that younger people, who’ve grown up in the digital age, would be more clued up about online crime and scams. In fact, younger users are actually more likely to forge ahead, irrespective of warning signs. This is a significant fact, when you realize that a large part of the workforce consists of millennials, some of whom may be less aware of threats or who are under pressure to do their jobs quickly and efficiently. Older employees are harder to target, partly because they often have a history of direct engagement with the people and institutions they deal with. Unfortunately, nobody is immune. More than a 1.2 trillion phishing emails were sent out in 2020, and a lot of them will have been effective.

How to Protect Yourself

Eliminating the risk that scams pose to businesses and individuals is difficult, but there’s a lot you can do to stay secure. Business owners and managers need to ensure that staff are aware of the dangers, alert to how the threats may manifest and knowledgeable about how to react. It’s not just email. Employees need to know that they may be associated with phone calls, instant messages, and even social media. Here are the things you need to include in your cybersecurity strategy and staff training.

Be vigilant: Skepticism about incoming messages should be the baseline position. Always consider whether a message could be part of a phishing scam.

Authenticate: Scams typically urge you to take action of some kind, and quickly. Don’t be pressured into responding before verifying the sender is who they claim to be. Spending a couple of minutes to do this is a whole lot less demanding than dealing with the aftermath of a successful cyberattack.

Know the signs: Does the message include unusual demands? Does it ask you to click on links or phone a number? Are there attachments, which might contain malware? Are there grammar or spelling mistakes? If something seems odd, don’t ignore the possibility that it’s a scam.

Install protective software: A spam protection program is one of the most effective ways to keep phishing emails out of your inbox. Enterprise-level email programs usually have this feature built-in, but even they don’t catch all undesirable messages. If spam messages do get into your inbox, label them as spam and banish them to the spam folder for deletion.

Always back up: If a problem does arise, you will be better equipped to get through it if you have a backup – or several backups – of your data. Quikteks can supply you with a BDR (backup and disaster recovery) solution that backs your files up onsite and in an offsite data center, for additional security.

To find out more about beating the cybercriminals and protecting your business, call Quikteks today at (973) 882-4644, and keep reading our blog!