How Long Has Remote Work Been Around?

How Long Has Remote Work Been Around? 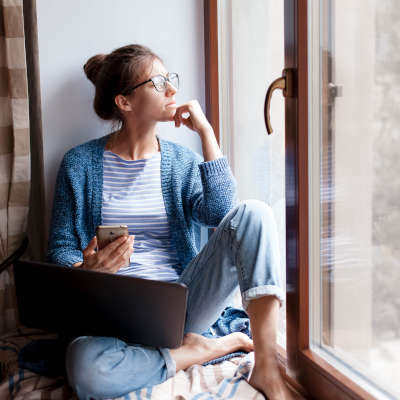 Think working from home is a recent innovation? It’s actually the other way around. Now, due to remote methodology, things are getting back to normal. Let’s look back through the years to see how available technology drove how people worked.

Working from Home Was Largely the Norm

Until the Industrial Revolution, especially in the medieval period and the Renaissance, home was usually where people worked. European peasantry lived in “longhouses” with families, livestock, and workplaces under one roof. It wasn’t until about 1760 that working someplace else was became common. Even then, there was often housing built adjacent to the factory.

The Shift to Office Work

The office as we know it today didn’t come around until the early 1900s, as electricity, telephones, and typewriters became available. Ford Motor Companies adopted the first 9-to-5 workday in 1926.

By the 1960s, clerical work had taken over much of the job market, and with it, an obsession with productivity. Efficiency managers of the time detailed how long certain office activities should take. For example, a guide from 1960 says that turning in your swivel chair should take you 0.009 minutes. The cubicle was first designed in 1968 to remove distractions in the workplace.

In the 1970s, rising concerns over the environment, among other things, brought about renewed interest in remote work, and technology was developed that enabled some remote productivity.

The development of the internet in 1983 made remote work a legitimate option again. The birth of Wi-Fi in 1991 and various further innovations over the next few decades now allow remote operations for everyone–and just in time!

Quikteks is here to optimize your remote operations through this difficult time and beyond. Reach out to us today at (973) 882-4644. We can help.