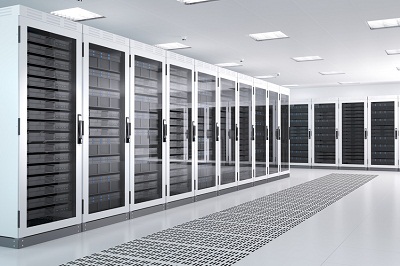 Redundancy is great. It has a special meaning in computing. In everyday speech it means ‘no longer useful’ or ‘surplus to requirements’. In IT, it means having extra memory for backup copies of your data, so it can all be restored if your hard drive crashes or other disasters hit your system. RAID is something that can help in the case of catastrophic data loss. RAID is an acronym for Redundant Array of Independent Disks, and it’s a common hard drive formatting procedure that also improves server speed and performance.

What RAID formatting does is store your data in different places on multiple hard drives. Computing is the one area where such redundancy is a good thing. Imagine how cluttered your life would be if you had duplicates of all your household appliances in case of failure. In IT, redundancy – extra copies of your data stored on a number of devices – actually enhances performance and the dependability of a system.

With Raid, the disks on the multiple hard drives are synchronized to work together in a distributed system. The operating system sees it as one hard drive. When it needs to access data, the server will retrieve it from the nearest sector where the data is stored, which boosts server speed.

The process that’s implemented to synchronize different hard drive disks (HDDs) is known as disk striping, and it works to ensure a consistent spread of the data across the various drives. It does this by evenly spreading it out in the form of stripes in an array. These vary in size according to file size and the number of users accessing them.

There are ten principal categories of RAID array, labeled 0 through 9, and each one is formatted to either improve the reliability or the performance of a hard drive. Each array is located somewhere on this spectrum, which has performance at one end and reliability at the other. Here’s an example of how it works. RAID-0 is an array where the multiple drives have striping without redundant data backup. This will boost performance but isn’t useful for data recovery in case of hard drive failure. Generally speaking, you probably don’t want RAID-0, unless you also have another strong backup solution, such as the BDR (Backup and Disaster Recovery) solution that Quikteks provides.

Alternatively, many people opt for RAID-1. This popular solution uses a mirroring strategy, with the data on one hard drive mirrored identically on another. These are known as a mirrored set. RAID-1 improves the speed at which data is read, since either disk can be read simultaneously. The negative is that it does nothing to boost write performance (the speed at which data is stored on the hard drive), which is the same as a hard drive that doesn’t use RAID formatting.

A RAID array could boost your server speed and system reliability. We will assess your organization’s computing needs to establish what RAID configuration will best serve your needs. Note too that if you add additional hard drives then there are all sorts of exciting things you can do with RAID formatting! Call Quikteks on (973) 882-4644 for more information.