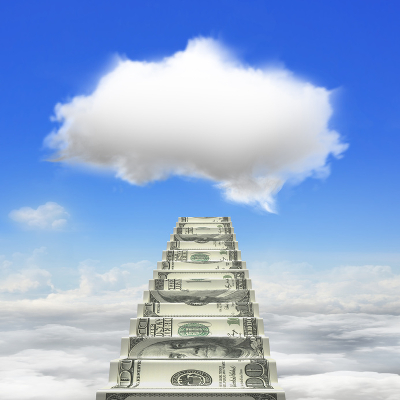 Until recently, cloud computing was a resource only used by organizations that could afford to run their own hosted platforms. Nowadays, many businesses, including startups, are using cloud computing heavily. Many of the world’s largest companies have taken advantage of this shift, marketing their cloud platforms as secure storage, software deployment, and even communications, with a price innovation that puts it within everybody’s reach.

Pay Per Use Cloud

It’s no surprise that innovators like Amazon, Microsoft, Google, and a handful others were the ones to introduce this new cloud pricing model, which actually charges customers by the amount of computing they use, rather than by a standard service plan. It’s easy to see how this can be a more sustainable system than the service offerings that are offered today.

The boom in cloud computing took a while to happen. The access from anywhere was the biggest selling point, and allowed early commercial cloud platforms to find success.

Platforms like Salesforce offered customers blanket access to their software through a user-friendly web interface. Amazon Web Services took it to the next level a couple of years later when they developed and deployed a set of services through their web-based interface. These services, such as data storage, computation, and support, provided organizations with the computing resources they needed at a reasonable price point.

A few years later these service packages started to pop up everywhere, offering data storage, infrastructure, development platforms, software; basically any type of computation you needed for your business. As the market became crowded, the larger corporations began to look for the next step.

In a developed supply market, how can you maximize profitability? Raising prices would be counterproductive with all the cloud providers now available.

Instead, A.W.S., Microsoft, and Google went to a “serverless” cloud pricing model. Instead of paying for a service package, you pay for how much you actually use the platform. For every million times code is run, the customer is charged a certain amount. The amount of math at play here is staggering, but how do you think this pricing model stacks up against current cloud service prices?

Consumers: Only Pay For the Cloud You Use

Consider the millions of individual code transactions made daily by the users of an organization. If you can track this information over networks, you can set up a truly fair pricing model. Organizations that use more computing will pay more, while organizations that use less, pay less. This pricing system, on top of cheaper computing, no service contracts, and reliable support, will allow the larger companies to inevitably take over a larger share of the cloud industry.

Smaller Companies Will Have to Innovate

Smaller companies are going to have to get creative to survive this new trend. Not many platforms have implemented it, so the verdict is still out. As pricing analytics systems become more efficient, you will probably see cloud providers that just can’t compete. By offering their own modified system, one that will allow them to take advantage of the price trend without gouging their loyal customers, smaller companies may hang on to their market share.

Cloud growth has been substantial and changed the way people think about buying computing resources, and the new pay-as-you-go system is a game-changer. To learn more about cloud computing innovations, or how to use hosted computing for your business, call Quikteks at (973) 882-4644.