Out With The Old Tech, In With The New Tech

Out With The Old Tech, In With The New Tech 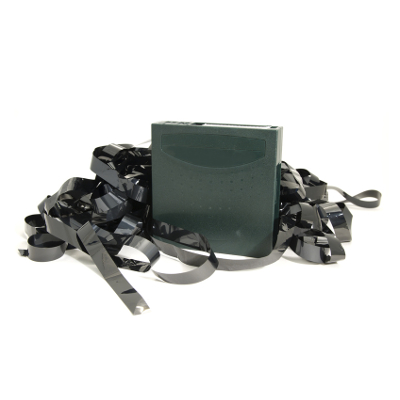 The speed that the technological revolution is moving is unparalleled in human history.. I Remember spending hours on myTRS-80 writing code to play the simplest of games. At that time the  localized saving of your data wasn’t even an option.  Every time you shut your computer off you had to rewrite all of your code when you restarted it for the same desired result. This period has taken us from bulky PCs (albeit still marvelous at the time) to devices with hundreds of times the computing power that fit in the palm of our hands.

The TRS-80 was one of the first commercially available mass produced, personal computers available to consumers. It featured a Zilog Z80 CPU and 4 KB of RAM. Yes that was considered really fast for that time.  Of course, its radio freequency interference made it so surrounding electronic equipment wouldn’t function properly, but it helped lead to stricter FCC regulations on radio frequency interference. If you got the base model, it consisted of a keyboard and screen, with the tape backup sold separately for an additional cost.

From the late 60’s to now, computer technology has gone through an amazing amount of innovation at miraculous speeds. Today, any child with a smart phone in their hand has more computing power NASA did in a 200 square foot room when they launched the Apollo 11 mission.  At that time NASA computers used cassette tapes, or tape rolls, to back up and store data where now we can store entirely more data in a solid state drive the size of our thumbnail. Tapes and the data on them degrade over time and constantly need to be replaced.  Tape technology was state of the art for the 1960s, but nowadays using any form of tape is considered using out of date technology.

At Quikteks, we hope that you have moved past using antiquated tape backup technology for your data backup solution. The amount of time and effort that goes into changing tapes, storing them, updating them, or even using them to restore your data is wholly inefficient. In today’s business environment it would be difficult to put a value on your company’s data.  Your company needs a backup solution that can alleviate the risk of critical data loss in a matter of minutes with a couple clicks of the mouse. You can’t afford to run your business in the 21st century with 20th century technology.

You can save money, increase productivity and dependability, along with reducing costly downtime with our highly redundant data backup solution. No longer will you have to pay your employee to physically handle your data, or purchase tapes on a monthly basis. With our data backup solution, at its highly affordable rate, it’s a no brainer. Cutting the amount of capital spent on overhead and supplies alone allow the solution to pay for itself. Give Quikteks a call today at PHONENUMBER and we’ll pull you out of the 70’s and into the 21st century.