What Is Net Neutrality

What Is Net Neutrality 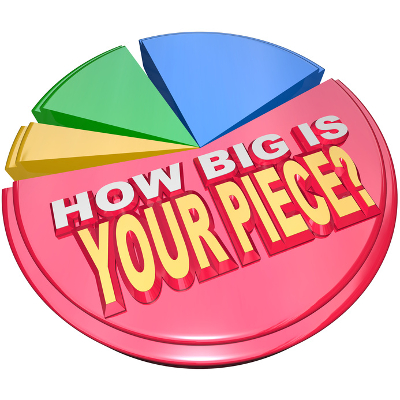 Lighting up the airwaves in the United States is the issue of net neutrality. It’s a complex and technical topic regarding Internet regulations. This is an important topic that could affect how the Internet is consumed around the globe!

You may think that “The laws governing how the United States uses the Internet will only affect America. The rest of the world shouldn’t be concerned. Keep in mind that the Internet connects the global community, and if the citizens of the U.S. are hindered from connecting and contributing to this community, then the whole world will feel the effects of these new regulations currently being considered by U.S. lawmakers.

What is Net Neutrality?
These new regulations regarding net neutrality are essentially an assault on the free sharing of ideas over the Internet. Currently, the Internet content in America is distributed neutrally (thus the term “net neutrality”), which means that everything posted on the Internet gets a fair shake at finding an audience. You can think of it like every news story, big and small gets a chance to start at the same starting line in the race to be viewed by the public.

What’s being proposed to the U.S. Federal Communications Commission (FCC) by ISP companies (the businesses responsible for delivering Internet service), is permission to provide a tiered Internet service plan. The proposed plan will allow users to pay ISPs a premium for delivering their content to audiences faster. In the race to find an audience, it’s like a company can bribe the ISP to get a head start.

Why it’s Important to Keep the Net Neutral
Essentially, this will turn the Internet into a “pay to play” situation. Corporations with deep pockets will easily be able to pay the premium to get their content released first. This will give those able to pay a hugely unfair advantage over the little guys trying to be heard. Under this system, if a major corporation happens to deem an independent startup to be a threat, they can potentially pay extra to have their competitor’s message squashed. This new idea totally flies in the face of the entrepreneurial spirit which has allowed so many small startup companies to find success in highly competitive markets.

Obviously, this is a big money grab by major Internet providers like ComCast, Time Warner Cable, and Verizon, and they’ve got the giant corporations on their side. These new regulations will give corporations the ability to make it difficult for small startups to grow.

Net Neutrality isn’t Dead Yet!
Thankfully, these new and invidious regulations have yet to be passed. Before these new laws can be passed, the FCC has first agreed to hear from the public on this hot-button issue. U.S. citizens have until July 15th to submit their comments about net neutrality. These points will then be considered in an initial round of debates. The public will then have a chance to respond to the initial debate with additional comments that must be submitted by September 10th. Hopefully the outrage of the American people will be louder than the corporate dollars being funneled into Washington D.C. via lobbyists.

You don’t want to sit on the sidelines for this issue. If this goes through, it will have negative ramifications for how you consume data that’s important to you, like news and entertainment, as well as how your small business gets its message out. What are your feelings about net neutrality? Share them with us in the comments!