Is Your Effort Getting Things Done?

Is Your Effort Getting Things Done? 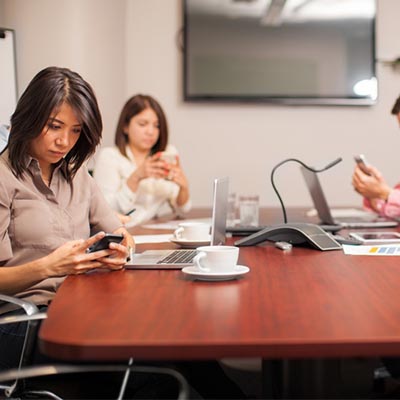 In business, it’s not just about how hard you try. It’s about how much you actually achieve. That’s what productivity is all about. Ask yourself if you’re just busy or whether you’re also producing results.

It would be great if being busy automatically meant being productive, but this isn’t the case at all. Sometimes you can spend a lot of time pottering about, and dealing with this and that in the office, but ultimately without much to show for it. Business productivity is about getting the important things done.

You can spend hours doing things that need to be done but that doesn’t automatically translate into being productive. The clue is in the name – what have your efforts actually produced? Of course, handling the little things that arise in any organization’s daily operations is important, but it shouldn’t be confused with productivity.

It’s not always easy to gauge your productivity and distinguish it from being occupied, and it’s always partly a subjective assessment. Imagine you give two of your staff a research project. One of them heads to YouTube to watch videos. The other is preparing a document. Who’s the productive one and who’s the ‘slacker’? That depends. It could be that the video-watcher is gathering important information while the person typing has gone sideways and lost track of the brief.

You can fool yourself that you’re being productive when you’re actually just busy with odds and ends that don’t add up to much. You need to monitor which of the activities that occupy you are truly productive. For example, you can read up online about ways to improve your operations, but that’s not productive unless and until it translates into a plan of action.

Everyone in work needs to think about their own productivity. Sometimes things will keep you busy rather than productive, but making sure that your overall efforts really are producing something is a worthwhile exercise. Staying away from wasting time on the internet is a place to start – unless you know that what you’re doing is goal-directed.

Every office today is full of people glued to their screens and typing away, apparently productive. But some of those workers will be more productive than others. They’re the ones who know that being busy is one thing, but delivering the goods is something else again.

Quikteks can supply you with solutions to boost business productivity and make the most of your time. For more information, reach out to us at (973) 882-4644.