Is Your Antivirus Software Up to the Task?

Is Your Antivirus Software Up to the Task? 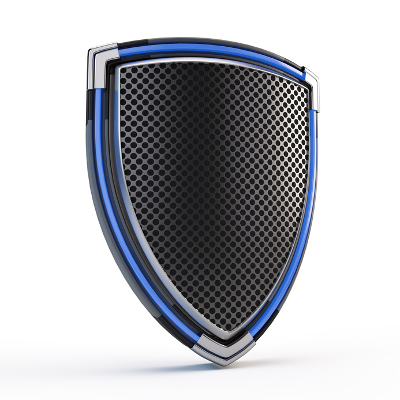 Life never gets easier for cybersecurity professionals. Energetic hackers and cybercriminals are relentless when it comes to finding new vulnerabilities to exploit and new opportunities to target victims. As technology evolves, so does cybercrime, and cybersecurity experts are always going to have to work hard to keep one step ahead of the ingenious scammers out there.

Of course, most of us have antivirus software, at home and at work. But is it enough to protect you against ever-changing online security threats? Some years ago, Symantec – a leading cybersecurity company – told the Wall Street Journal that antivirus technology was ‘dead’: just not up to the task in new computing environments.

We all know that the internet can be a dangerous place, especially without any antivirus protection installed. Is antivirus software not fit for purpose? Maybe what they meant was that it’s outdated, or that the cybercriminals had gained the upper hand in the fight against cybercrime. As Brian Krebs, a cybersecurity expert, expressed it, ‘the cybercrime underground responds to – and in some cases surpasses – innovations put in place by the good guys’. It’s a grim picture – so are the bad guys winning?

The hacking threat began more or less at the very beginning of the internet. Initially, it was just small labs working to counter the problem, but they had no way of realizing just how big that problem would become. Malware not only proliferated – it also became more dangerous, with more and more vicious cyber-wolves on the prowl. The security threat was recognized early and the industry responded accordingly, by investing in the development of more sophisticated solutions to protect the public from online criminal activity.

Ever since, cybersecurity professionals have worked doggedly on, as the pattern of threat and counter-threat has grown exponentially, along with the expansion of the internet and its growing importance in all our lives. The cat and mouse game became more and more complex, as antivirus solutions grew and scammers and hackers sought out new ways to carry on their illegal activities. One thing that helped the bad guys was an innovation called ‘crypting’. This allowed them to compare their malware with antivirus software codes, so they could tell which software could identify their malicious code. This then allowed them to tweak their own code to make it unrecognizable and undetectable by antivirus software. And so the battle continued.

Antivirus companied responded to ‘crypting’ with ‘decrypting’. This was an innovation that permitted analysis of code to determine whether it was malicious or dangerous, and then block it. Unfortunately, even sophisticated decryption doesn’t always catch the malware that cybercriminals distribute, and new ways to evade detection and spread malware were developed. A lot of malware is transmitted by servers automatically. Sometimes malware that’s sent out can still infect your system because it starts to work before antivirus software has had time to decode it and label it as damaging.

The apparently endless pattern of threat, response, and counter-threat seems endless. This is probably why antivirus software was described as ‘dead’. That’s not to say it doesn’t work, or that you should give up on it. Staying one step ahead of cybercriminals and hackers, and neutralising the malware that circulates, is still vitally important in the cybersecurity industry. It’s just that it’s not the final ‘cure’ for malware distribution and other online crime. One alternative approach is to focus on minimizing the damage that malware does, rather than trying to eliminate it completely. Strategies that have been used include inserting fake data in firewalls to confuse the scammers, and making it harder for criminals to use information (such as credit card details) that they’ve stolen.

Antivirus software does help, as long as it’s up-to-date, because using software that’s tuned to detect new threats is essential for it to be effective. There are also more dynamic solutions available today. One solution is Quikteks’ Unified Threat Manager. This is a multi-layered solution that goes beyond antivirus software alone, and includes antivirus measures, strong firewalls, spam protection and content filtering. To make sure you’ve got the best network security available, call Quikteks today on (973) 882-4644, and keep ahead of today’s online threats.