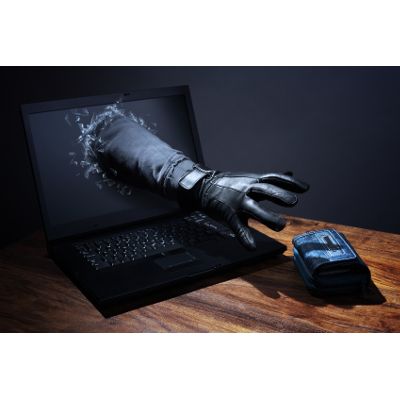 When you were a kid, did you ever ask your parents for a cool new toy only to have your request denied because you were in the habit of breaking everything? Your parents would point out your destructive behavior  and tell you, “This is why we can’t have nice things.” As an adult, the coolest toy is the Internet and hackers want to break it.

Take it from Nelson
Why would a hacker want to break something as wonderful as the Internet? To understand the mindset of a hacker we can look back to our childhood. Remember in school how there was that one kid (we’ll just call him Nelson) that ruined privileges like field trips and recesses for everybody because he was constantly acting out? (Maybe you were that kid in school, but that’s okay because those years are behind you now.)

Nelson the behaviorally-challenged brat was incapable of restraining himself long enough to allow the rest of the class to enjoy a privilege. After he threw one of his typical temper tantrums, an exhausted teacher would throw their hands up in the air and say, “Enough! Everybody can thank Nelson for ruining the trip for the rest of the class. We’re all staying inside today.” Thanks a lot Nelson!

How Nelson Ruins the Internet
In this scenario, a hacker is like Nelson, the Internet is the field trip, and the rest of us are the kids in the class that behave and follow the rules. For most of us, we just want to log in to the Internet, enjoy it, be entertained by it, and enrich our lives with all of its wonderful tools and resources. Unfortunately, there are hackers out there that are ruining the Internet for everyone. This is why we can’t have nice things!

Can you image how great it would be to use the Internet without the constant threat of hackers looming over every keystroke? It feels like every other week a new virus or website vulnerability makes headlines.  This causes you to scramble and change all of your passwords or jump through hoops to remediate a security issue caused by a Nelson like hacker. After dealing with all of these security issues, you begin to feel like the exhausted teacher and you want to throw up your hands in frustration and exclaim, “These hackers are ruining the Internet for everyone! I’m done with this!” Thanks again Nelson!

Take Back the Internet from Nelson!
When you were a kid and a disruptive Nelson ruined your field trip, it was disappointing because there was nothing that you could do about it–except be mad at Nelson. Because you were just a kid, the school administrator wouldn’t listen to your case about how unfair it is, and you can forget about asking the exasperated teacher to reconsider their decision. They’re too mad at Nelson to think rationally about issues like fairness.

Today, there’s nothing that you can do to eliminate Nelson-like hackers from ruining the Internet for everybody, but unlike a helpless schoolchild, you have friends in high places that can offer you and your company protection. Thanks to network security tools from Quikteks like antivirus software, a Unified Threat Management solution, and our managed IT services, you have someone that you can turn to that will protect you from all the Nelsons on the World Wide Web.

With Internet security solutions from Quikteks you can fully enjoy everything the Internet has to offer. At Quikteks, we’re the reason why you can have nice things!