How to Catch PC Issues and Prevent Problems

How to Catch PC Issues and Prevent Problems 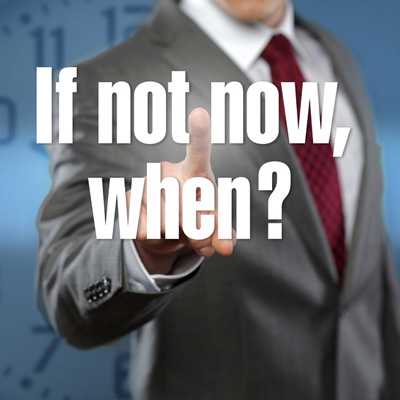 There’s no such thing as a life without problems. Stuff will happen and plans are ruined. (Okay, it’s not ALWAYS that bad!) While you can’t eliminate problems from life, you can greatly reduce them by being proactive. This approach to problem solving also works with computers. Being proactive with technology problems is a must for all organizations and tech users.

How to Prevent Computer Problems

By taking a proactive approach to problem solving, small computer problems are taken care of before they can turn into larger problems. Anybody who’s had to sort out a mess (and who hasn’t?) should know the value of proactively catching problems; this is commonly known as “spotting red flags”.

Red flags should not be ignored (that’s why they are red, of course). If red flag issues are not quickly taken care of, then they will certainly turn into more serious computer problems. Ignoring red flags is not an option. You’ll end up kicking yourself and saying, “I should’ve seen that coming.” The bottom line is that prevention is better than cure, so save yourself a whole lot of stress by reacting earlier rather than later.

Technology and computer problems are the same as other problems in life. They usually don’t come out of nowhere and, with hindsight, the warning signs are almost always there in plain sight. Being proactive with technology maintenance is the Quikteks way. We find this works out much better than waiting for something to break. A proactive approach keeps your technology running smoothly, with significantly fewer problems. Just as importantly, you won’t suddenly be hit with a major repair bill when you least expect it.

Monitor and Maintain Your Tech

Because of our remote monitoring and maintenance tools (RMM), we can be proactive about preventing computer problems. Our RMM tools give us the capability to find and fix issues on your entire computer network. By catching issues early, we will be able to prevent the problems that can lead to computer crashes, as well as the expensive and frustrating downtime that technology malfunctions cause.

Proactively taking care of technology issues and problems is not a revolutionary idea. It’s really all about maintaining equipment properly and being alert to those red flags as soon as they pop up. With proper maintenance, you’ll not only experience fewer problems. You’ll also have your computers running at maximum efficiency. This will eliminate annoying disruptions and allow everyone to get more work done. To learn more about the benefits of being proactive with technology, call Quikteks at (973) 882-4644.