How Much RAM Do You Actually Need?

How Much RAM Do You Actually Need? 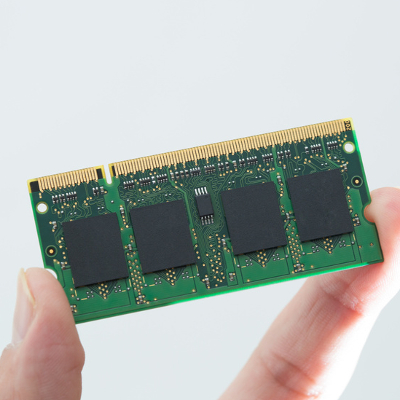 You can tell when a workstation might need an upgrade. The machine is slowing down, freezing frequently, and it’s getting hard to accomplish your daily tasks. One of the easiest ways to fix it is by increasing RAM.

You probably know that RAM, or Random Access Memory, is a hardware component of your computer, and can sometimes be added. It’s a major factor in how much you can do with your workstation or server at any given time. For example:

1GB: Nothing but the Basics

The minimum requirement for the 32-bit Windows 10 operating system is 1GB of RAM, but it’s not recommended. 1GB is barely enough for basic functionality like web browsing, word processing, and checking your email, but you can’t expect it to run well. With 1GB of RAM, you can forget about photo and video editing. 1GB isn’t even passable for a consumer PC. Your phone has more RAM.

2GB: Not Enough to Get Much Done

2GB is the minimum system requirement for the 64-bit version of Windows 10 but it’s still pretty bare bones. 2GB is enough to run your productivity suite and have plenty of open browser tabs, but you won’t be able to run more powerful software solutions.

4GB starts to give you some significant improvements in functionality. You can run more applications at the same time, and your software will run much faster, cutting down on pencil-tapping and making it easier to get work done. 4GB is considered a benchmark for a low-end office PC.

If you’re working with several editing softwares, like Adobe Creative Cloud or light multimedia, you’ll need 8GB. This allows you to further increase performance with minimal frustration. As long as their other components are up-to-speed, office workstations will hum. 8GB of RAM is also where you’ll want to start for light gaming.

Whether or not your system needs more than 8GB depends on what you plan to use it for. The only time that 16GB or more becomes necessary is when you’re running several resource-heavy applications and/or virtual machines at the same time. If you need your workstation to be able to handle anything resource-intensive like this, you need a machine with at least 16GB of RAM. Video editing and other multimedia work need a lot of RAM.

Discuss your RAM needs with your IT department, or contact Quikteks at (973)882-4644. We can help you decide what you realistically need.