How Basic Economics Is Slowing Down Moore’s Law

How Basic Economics Is Slowing Down Moore’s Law 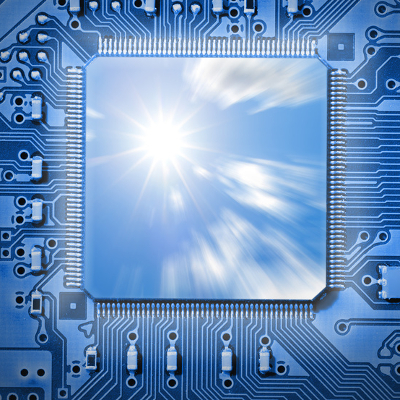 In 1965, the technological landscape was much different from what we see now. The idea of having a small computer in your pocket in the form of a smartphone was but a distant dream. Now, it’s commonplace for all but the youngest of children to have a smartphone. How is this possible? Well, it’s all thanks to Moore’s law, which has led the development of new technology for the past 50 years.

Moore’s law is a series of observations made by the co-founder of Intel, Gordon Moore, that were published in Electronics Magazine in 1965. The concept behind Moore’s law is that the number of processors via a given die area would double every two years, effectively doubling the power output of a machine. This, naturally, leads to incredibly powerful technology that’s faster and more responsive than previous models.

As you can see by simply looking out your front door, we live in a technology-laden society. There are cars that drive themselves, and security systems that can receive commands from a homeowner’s smartphone. Some argue that technology has finally caught up with Moore’s law, claiming that technology manufacturing can no longer keep up with the rate at which processors are growing. As reported by ComputerWorld:

Conventional computers could be replaced by quantum computers and systems with brain-like, or neural chips, which function differently than current processors. Silicon could also be replaced by chips made using new materials, such as graphene or carbon nanotubes.

When you think about it, this makes sense. The physical limitations of a piece of hardware can be difficult to work around. Chips can only get so small before other materials or resources must be considered. Despite these continuous roadblocks, Intel challenges Moore’s law at every turn, always pushing toward new and improved technology that revolutionizes the world. This, in turn, helps make technology cheaper for both businesses and consumers.

From an economical standpoint, however, it’s growing more difficult to justify building new, specialized factories dedicated toward producing new, smaller chips. This is due to the overall decrease in the return-on-investment that comes from driving consumer costs down. Yet, despite these shortcomings, researchers are dedicated toward finding new materials that make chips smaller and more efficient, in order to keep Moore’s law going strong.

Moore’s law is surrounded by the legacy it has achieved over the past 50 years, continuously urging the human race to expand and move beyond the limitations of technology. Even if Moore’s law is indeed limited in scope, it continues to inspire people to innovate and come up with new solutions.