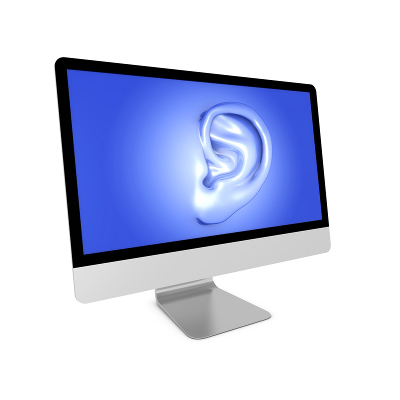 Computing systems are always vulnerable to some obscure hack or another, and researchers are always trying to find ways to shore them up and prevent future attacks. One previously undiscovered hack literally sounds far-fetched. It uses the sounds that your hard drive makes to help a hacker steal data from your machine, including encryption keys designed to keep your data safe and secure.

The threat in question targets the hard drive’s actuator. DiskFiltration looks at the sounds emitted by the actuator as it writes data to the drive’s platters. Granted, the malware needs to be paired with the correct device, which makes the malware a bit trickier to exploit than it sounds.

You can take a deep breath and relax, as this method doesn’t look like it will be an effective attack medium for hackers. DiskFiltration will only work if the recording device is very close (within six feet) of the system. What’s more is that it needs to be near it for an extended period of time. The data rate caps out at 180 bits each minute, so the longer the device has to be sitting around, the higher the chances of someone finding the device and foiling the plan. Another huge problem for DiskFiltration is that it only works with hard disk drives. Solid state drives don’t make sounds that the malware can filter through, and besides, SSDs are better than hard disk storage anyway.

If you’re worried about DiskFiltration, here are two ways that you can keep silent about your data.

Encourage Employees to keep Inventory of their Desktops
The physical part of DiskFiltration needs to be very close, so it’s possible that your employees might spot something out of place on their desk. Ask them to stay vigilant when it comes to their workspace, as there are plenty of other threats out there that utilize unfamiliar devices (like USB drives). Educate them on the fact that threats come not just from the Internet, but from other hardware as well.

Upgrade Your Hardware to Solid State Drives
Since SSDs don’t make much noise, DiskFiltration becomes pointless. In general, SSD can improve the way that your business functions, as it’s more stable than the hardware used within a hard disk drive. You can’t go wrong with SSD, as it will help your business in the long run and keep developing threats like DiskFiltration at bay.

To learn more about the latest threats and how to combat them, subscribe to our blog.