Don’t Make the Solutions More Complicated Than the Problem

Don’t Make the Solutions More Complicated Than the Problem 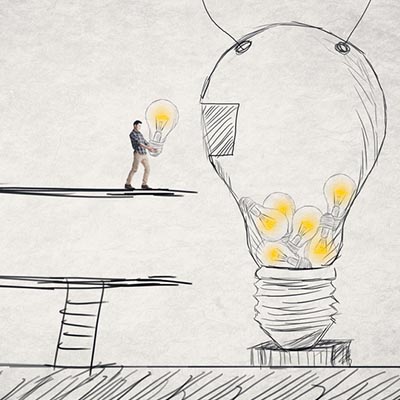 Are you familiar with ‘yak shaving’? Or ‘bikeshedding’? They refer to a particular kind of procrastination that holds people back from being productive. Our tip this week is about problem-solving. Here’s what these terms mean and why you should know about them.

Yak Shaving and Your Business

Let’s start off by defining yak shaving as procrastination that’s partly justifiable. Here’s a scenario to illustrate it. You’ve got a proposal to finish, but it’s been a long day. You’re tired and your concentration is failing. It’s time for some problem-solving.

A cup of coffee will help sharpen you up, so you start investigating the best kind of coffee to give you a boost. Your research soon comes up with some great stuff. The best coffee beans come from an island far, far away, and you need a yak to harvest them. To get the yak you need, you travel to the Himalayas. Unfortunately, the yak can’t cope with the temperatures on the island where the coffee beans need harvesting. That means you’ll have to shave its long coat. At last, you can take the yak to the island, get your coffee beans and make that perfect cup of coffee. Now you can get that proposal finished.

So that’s yak shaving. It’s when you devise an absurdly over-complicated way to solve a standard problem, which spirals out of control – but at least you’ve deferred tackling the unappealing task that you started with, namely, completing your proposal. You may have postponed the inevitable for a short while, but you can’t escape it for ever. Whether you want to finish that tedious proposal or not, it still has to be done.

Identifying and Taming Your Yaks

Does the hairy yak sound familiar? When you’ve got an undesirable task to complete, how do you deal with it? Do you grit your teeth and get stuck in? Or do you embark on a bunch of half-baked measures to temporarily avoid it? What excuses do you reach for in order to postpone tedious tasks?

You probably know it deep down, but with this kind of procrastination you’ve just managed to waste a whole lot of time and effort. What if you just put that energy into finishing the task? By the time you’ve shaved your yak and made that cup of coffee, you could have done the work you’re avoiding and moved on. It might seem as if you’ve just done some creative problem-solving to get that coffee, and maybe you have – but is it all really worth it?

Think of your time and effort as an investment. By the time you’ve run out of procrastination excuses, and finally got down to completing that pesky proposal, you’ve actually invested twice as much time and energy as you would have if you’d just got on with the job in the first place. When you’ve finished spending time chasing that cup of coffee, you may feel as if you’ve accomplished something, but you’re really still at square one, with the task still ahead of you. It’s just not worth it.

Some tasks can be frustrating and boring. But the cure for the frustration of having to do it is completing it. Remember that it’s the results that matter, and the coffee you so ingeniously got for yourself doesn’t count as work progress. If something isn’t working then there’s nothing wrong with changing it up, but don’t confuse problem-solving with creative work avoidance.

Your technology will be an important part of how you get tasks done. For more information on how technology solutions can benefit your business and boost productivity, call Quikteks at (973) 882-4644.