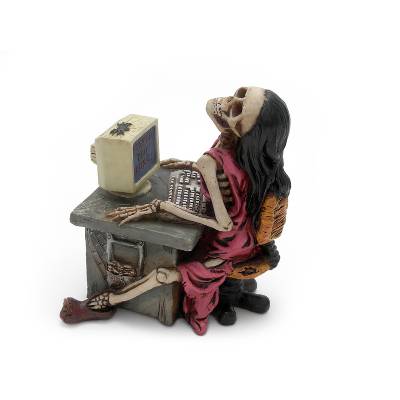 Distributed Denial of Service (DDOS) attacks are on the rise, along with other packet flooding volume. It seems clear that hackers are using compromised web servers to do this. What this means is that they infect your server and use your company’s resources as their HQ for carrying out zombie attacks.

Cybercriminals just get bolder all the time. They used to have strategies to keep their botnets safe. These days they’ve gained control over so many servers and PCs that they don’t seem concerned anymore. Prolexic a firm specializing in DDOS mitigation, reported that attacks have escalated, with a 33% rise in frequency between 2012 and 2013, and they have also got longer, increasing from seventeen to thirty-eight hours.

According to Prolexic, at that time the problem could be traced to an increase in compromised servers, such as WordPress. The hackers had powered up their game. When botnets and zombie armies first emerged, they mainly consisted of compromised home PCs, which were infected with viruses and malware. Managing them all is time-consuming and is one likely reason why attacks were shorter back in the day.

Your business may never have experienced a DDOS attack, but if you don’t secure your server it could be hijacked to attack others. Just one error made by one of your staff and you could be handing control of your server to cybercriminals. This can cause enduring issues. Your IP could be blocked and you could be blacklisted. As well as the cost of remedying the problem, there’s also the downtime while you fix the problem and remove the infection from your systems. Your business operations will be disrupted and your clients won’t be impressed.

The bottom line is that it’s essential that your network is secured, using the best security solutions around. Quikteks can help. We can supply high quality security for your servers and network, at a price you can afford. We will make sure that viruses and malware can’t easily penetrate your systems. Our Unified Threat Management systems use some of the best measures available, including powerful firewalls and effective antivirus software. We will plug all the gaps, keep your network software up-to-date and more. We will also monitor your network for suspicious activity and proactively prevent intruders from gaining a foothold.

Quikteks can protect your business against botnets, zombie intruders and cybercriminals who might have your network in their sights. We’re here to help and we can tell you more about our Unified Threat Management and Managed Security plans. Call Quikteks today at (973) 882-4644 for more information.