Do We Have the Right to Be Forgotten by the Internet?

Do We Have the Right to Be Forgotten by the Internet? 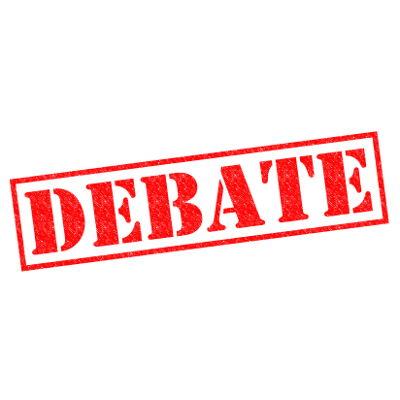 In Europe, there’s a lot of discussion about whether or not citizens have the right to be forgotten, or rather, be forgotten by search engines. According to a May 2014 ruling, search engines must consider requests from the public for removal of content. Not just any content, though; according to ZDNet, the content must be “inadequate, irrelevant, or no longer relevant.” How and when these criteria can be applied is extremely controversial.

Some people feel that this idea is supported by solid concepts. No matter how solid the reasoning there are debatable and valid arguments against this right. Most business owners know that nothing is as simple as it seems, and this case is no different. Recently, ZDNet’s staff participated in a spirited debate; Jo Best supported the right to be forgotten, while Steve Ranger argued against it. We’ll sum up the points both pro and con made in the debate and present our own interpretation of the right, so that you can develop your own opinion on the matter.

Every Individual Has the Right to Be Forgotten.
This is a position that is easily refutable. Let us argue the point that a criminal has just been released from prison. They are grateful for a second lease on life, but everywhere they go, they’re given strange looks; even by people who don’t know them at all. That’s when they realize that the Internet contains all of the information about their crime – news articles, prison records, interviews, et cetera – and it is one big reason why people know who they and what they have done.

The decision to eliminate information about the crime shouldn’t be decided by an algorithm. Even though the criminal has paid his or her debt to society the information may or may not be relevant depending on your definition of relevance.

Requests Are Taken, but Not All Are Granted.
This is the basis of Jo Best’s argument. The key thing to note about the right to be forgotten is that Google has no obligation to grant any requests that are made. All that is required to happen is that the request be taken into consideration. Best argues that someone cannot understand another person’s life by examining Google’s search results, and claims that it is a difficult decision to make on Google’s part. It should be noted that this belief doesn’t support the notion that everyone has the right to be forgotten, but merely defends that it should exist – at least, on a conceptual level.

Using the aforementioned criminal, let’s look at this theory. What if they committed crimes against another individual, and both parties want to shield themselves from the search results? Perhaps the victim wants to forget about the crime and find closure. Shouldn’t they have that right? The criminal, on the other hand, may have committed a heinous crime. Should they be absolved of that guilt, or haunted by it for the rest of their life? Now you can see the complexity of this issue.

The Right to Be Forgotten Doesn’t Exist
Steve Ranger is not as liberal with his analysis of the right to be forgotten. He thinks that it shouldn’t exist at all due to a “flaw” in human nature. Forgetfulness occurs naturally in human consciousness, but thanks to the existence of data, it is becoming less and less of an issue. Things are growing more “permanent,” so to speak:

… our human limitations, the accidents of our evolution, should not apply to our digital technology. It can implacably store everything, forever; the hardware might die but the data carefully preserved can last forever. And as we record more and more data about our lives, it’s time we got used to it being permanent.

It’s foolish to think we can apply outmoded human expectations about what will be remembered and what will be forgotten in this new age.

Of course, his opinion is his own. Whether or not you agree with him is your choice. What are your thoughts on the right to be forgotten? Let us know in the comments.