Why Net Neutrality Is Such A Big Deal

Why Net Neutrality Is Such A Big Deal 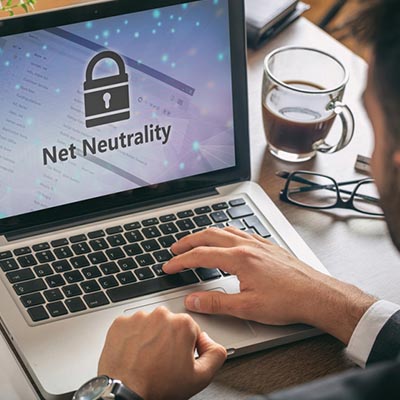 Net Neutrality is designed to keep the telecommunications conglomerates honest in regard to their Internet service sales strategy. Without net neutrality in place, the Big Four Comcast, Charter, Verizon, and AT&T, have a virtual monopoly over how much broadband their customers can access, and at what price.

In 2018 the Federal Communications Commission repealed the Net Neutrality laws that had been in place for several years with a vote of 3-to-2, allowing the ISPs to control the Internet again. Let’s take a look at the situation as it stands in 2019.

Internet services have been sold almost everywhere in the U.S. for the better part of 30 years. As broadband took off, there was a marked shift in the way that ISPs controlled high-speed internet. Today most applications require the use of high-speed Internet, so access to an affordable high-speed connection is more important than ever.

Isn’t the Internet a Utility?

For the past seven years, legislators have failed to pass a law that would secure an open Internet. Cases like Verizon Communications, Inc. v.s FCC haven’t helped much, as attempts to make broadband Internet service a utility were thwarted in the courts.

Today, nobody really knows who is going to control the Internet. Currently, it’s in the hands of the ISPs, but we don’t think it’s likely to stay that way. It seems like an issue that is split down party lines, so the controlling factor might be which party controls the executive branch. We don’t think there will be a change anytime soon.

What Is Going On with Net Neutrality Now?

Almost immediately after the last shift in 2018, multiple lawsuits were filed. States, advocacy groups, neutrality lobbies, and companies have all started lawsuits against the FCC, both for their handling of the situation and for the repeal of net neutrality itself.

• Net Neutrality repeal hurt broadband investment. After the repeal of the net neutrality laws in 2018, the Big Four reduced investment spending for the first time in three years.

• ISPs are now throttling Internet traffic. These companies reportedly slowed internet traffic within six weeks of the repeal, without telling customers. YouTube, Netflix, and Amazon Prime were the most targeted for throttling. Verizon, in particular, was cited for slowing speeds that affected EMS response times in sections of California battling forest fires.

FCC Mandates to Protect the Internet

Despite the political bickering, most governing bodies would like to see fast, open Internet. Older FCC mandates exist that have worked to prohibit ISPs from anticompetitive and harmful practices in the past, but whether these mandates would be currently enforceable is unknown.

Speak Up For Net Neutrality

Most individuals support net neutrality laws. They don’t like the idea that corporations, whose stated first purpose is profit, control how bandwidth is utilized.

If you would like to do something about it, go to https://www.battleforthenet.com/ and sign up. Do you believe market forces will protect the internet from corporate greed? Leave your thoughts in the comments section below.