Can an Emoji Smiley Face Bring Down Your Network?

Can an Emoji Smiley Face Bring Down Your Network? 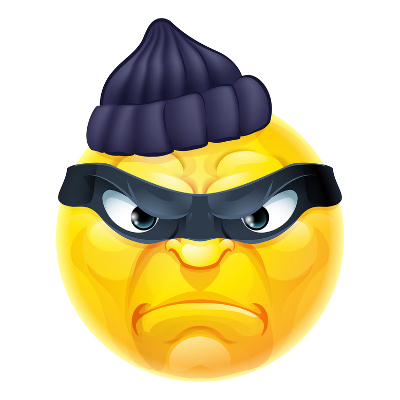 Technology grows more mobile with each passing moment, and emojis have popped up in places that nobody could have dreamt of. In particular, business communications have experienced a surge of emojis, but how (and why) is this the case? Aren’t emojis unprofessional? Shouldn’t they have no place in the business world? Well, let’s explore this a bit.

For those unaware, emojis are the little graphics that can be seen in communications like texts, emails, IMs, social media, and other places. They are commonly used to add an emotion to the communications medium that they’re in, and are now commonly seen in mainstream apps designed to appeal to the public. Domino’s wants you to order pizza with an emoji, while some businesses even swear by the little icons for subject lines in their marketing email.

First of all, it needs to be understood that not every professional colleague of yours is going to be as enthusiastic about the emoji as others. There are many in the professional business environment that refuse to accept emojis as a viable tactic, and consider them downright unprofessional and insulting. Of course, whether or not their feelings are justified or hold a semblance of truth, in business communications, chances are that emojis should probably be left out.

Whether or not you personally feel that emojis are unprofessional is irrelevant, as you’re not on the receiving end of them. Consider this; how would a potential client react to your use of an emoji in an otherwise professional email? They might see it as a friendly gesture, but ultimately, they could see it as unprofessional or even an empty, fake gesture devoid of real meaning. Basically, it really comes down to the subtext of the message. emojis are meant to carry the same weight as words, and just like words, emojis can be interpreted in different ways. In fact, emojis are often misinterpreted, and can result in varying degrees of conflict.

One case found a Pennsylvania man guilty of threatening his ex-wife by using the 😛 emoticon. It might sound ridiculous, but the legal precedent shows that emojis can potentially be a major threat for careless users. Therefore, it makes sense to limit their use in the business environment as much as possible, until the intent behind the emojis can be made more obvious and less subject to the whims of idiocy.

Additionally, employees using emojis could potentially become a security risk. As reported by TechRepublic’s Jack Wallen: “Twitter, Facebook, and Google can use emoji to track your employees and target their devices with ads. No business wants their users to be transmitting any more data and information than necessary. And if your employees’ usage of their Android and iOS devices are being tracked by Twitter, Facebook, and Google, those seemingly innocent emojis could cause problems. It’s not too much of a stretch to see how this can evolve from advert targeting to device tracking, or it could even land your company in a court defending an employee’s innocence.”

Basically, emojis provide a reason for online marketers to view sensitive corporate files for the sake of pushing targeted ads across your company’s devices. This can lead to stolen information and ads that contain links to malware, ransomware, or phishing scams. Plus, like the Pennsylvania man, you don’t want to be held liable for an employee’s blunder, especially if it’s made using a company device or account.

The best way to make sure that emojis don’t cause trouble for your business is to disable them with your mobile device management solution or content filtering solution. It might be a time-consuming process that involves digging through settings of all apps, or it might require the blacklisting of apps entirely, but it might just be worth it. For assistance, reach out to Quikteks at (973) 882-4644.