Are Smartphones Dumbing Down Your Office?

Are Smartphones Dumbing Down Your Office? 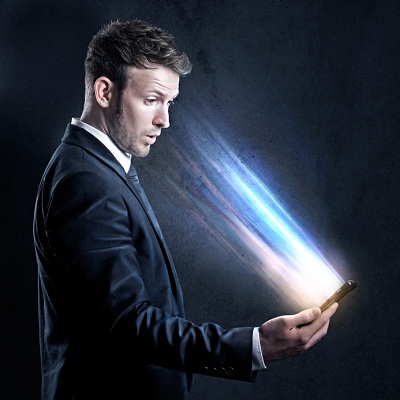 According to a recent survey by Experian Marketing Services, the average American spends approximately 58 minutes per day on their smartphone. Those of us who are gadget lovers may respond by saying, “One hour, is that all?” A device taking up one hour per day has huge implications with how we both live and do business.

This same survey found that, out of the 58 minutes of smartphone use, the average user will spend 26% of their time making phone calls and 20% spent texting. The next two biggest categories are social media and web browsing, coming in at 16 and 14 percent. Considering that a person will be awake roughly 16 hours each day, and smartphone usage eats up one of those hours, if you spread these numbers out over the span of one year, then you are looking at 15 days out of the 243 conscious days of the year (6.25%) a person is devoted to their gadget. Surely this figure will increase as the smartphone’s popularity continues to skyrocket.

One big impact from smartphones is the rise of multitasking. In fact, there is a high probability that you have not gotten this far into this article without having received some kind of notification from your smartphone or other communications technology. This constant communication is rewriting social etiquettes, making it acceptable for people to check their smartphones during meals and respond to texts while having a conversation with a real person.

Many of us are old enough to remember how different the world was before half the population was glued to their smartphones for 1 hour each day. It’s easy to observe that digital multitasking is dumbing down social interaction, and now there’s proof that constant multitasking is actually dumbing down our brains, this according to new research from Carnegie Mellon University’s Human-Computer Interaction Lab. While it may feel like multitasking improves productivity, it comes at the cost of quality. If you do two things at once, both efforts suffer, as evidenced by both deteriorating social etiquettes and the abbreviated form of communicating that is fueled by 12 minutes of texting each day (lol, btw, brb, etc.).

The CMU study reveals that the negative affect from smartphones is less from actual multitasking, and more from “rapid toggling between tasks.” This is an accurate way to describe how we use our devices to constantly switch between checking e-mail, text messages, social media status updates, and of course, the primary task at hand. Constant switching of tasks destroys one’s ability to focus. The more your brain is interrupted, the more it takes for you to focus on a single task at a level that resembles intelligence. Research from the University of California, Irvine, confirms that a typical office worker gets only 11 minutes between each interruption, while it takes an average of 25 minutes to return to the original task after an interruption.

The CMU study points out that smartphones negatively impacts the brain, not from actual multitasking, but from “rapid toggling between tasks.” CMU tested groups by having them answer test questions with typical smartphone interruptions. The distracted groups correctly answered 20% less often than the uninterrupted subjects. In the workplace, 20% is a significant number when it comes to employee productivity and the quality of work you expect from them.

While it’s impossible to cut out every distraction from the workplace, you can help your employees focus by taking advantage of technology that filters out distracting websites. By installing a device like a Unified Threat Management solution, you can block social media websites for the workers that are most prone to distraction, in order to improve office productivity and their quality of work. To learn more, call Quikteks at PHONENUMBER, and for the most intelligent customer service experience possible, we recommend that you first complete the task at hand before calling us.